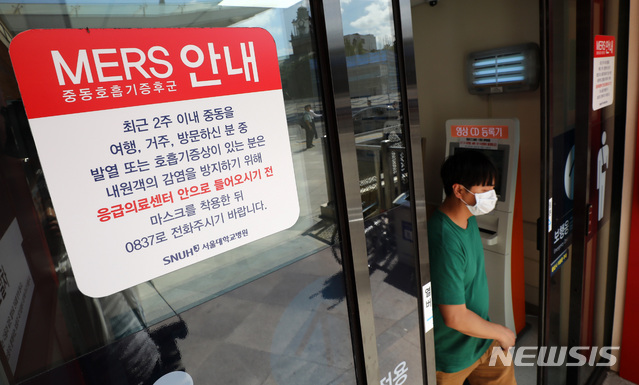 A 60-year-old man who was released from a suspected patient died at the hospital.

Lee was classified as a suspicious patient and was transferred to a hospital because of fever and cough symptoms in the West Jjimjilbang room at noon. 9 May on May 5.

Lee was released from the Mers suspect without a second test after receiving a negative judgment from the Department of Health's first virus test.

Lee stayed in Iraq from July this year to November this year and arrived on Friday with Incheon International Airport through Qatar.

The health authorities informed Incheon City that there is no direct relationship between Mr Lee's signature and Mers.

The inche city city official said: "Lee was diagnosed with MRSA virus using the CDC and confirmed that it is not related to Mers."