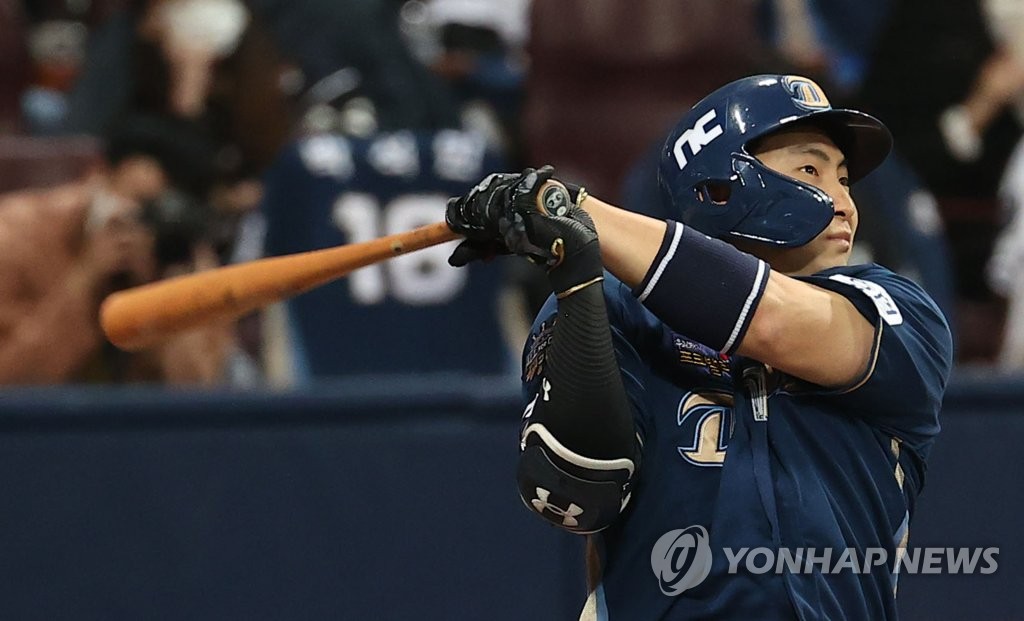 He thoroughly cleared his knee injuries and played the season healthy, reaching the top of the KBO League regular season and the Korean series for the first time. As the founding member of NC, it was even more important in leading NC’s first championship.

Na Seong-beom, who is currently taking a break from his home in Changwon, laughed in a 6th telephone interview with Yonhap News, saying, “When I won the Korean series, I was so excited that I didn’t cry at all. I think it will be the most memorable scene , because it is the first time in the history of the club.

Na Seongbeom does not stop challenging. He announced a challenge to enter the American Premier League (MLB) before the championship disappeared.

On the 30th of last month, KBO requested the main league secretariat to publish a record of Na Seong-beom (a private tender).

Na Seong-beom said: “There seems to be a slight delay in disclosing the information as additional data is submitted. The club and agent (Scott Boras) are well prepared. We are waiting for contact.”

In the United States, he is also interested in Na Sung-beom. Articles that analyze the pros and cons of Na Seong-beom or predict the destination appear almost daily.

Some of them are quite cold analysis. This mainly applies to Na Seongbeom’s age and history of injuries.

Na Seong-beom was operated on for a serious knee injury during the game last May. Although he returned from the opening game this year, at the beginning of the season he mostly appeared as a designated batsman and refrained from stealing. However, he gradually regained his original skills and made great strides in air and defense in the Korean series.

Na Seong-beom said: “I’ve watched a lot of articles. It didn’t work well. Since I don’t know the circumstances, I think I only value it as a ‘result’ and not as a ‘process’ to recover from an injury.”

He said, “It would be nice to have a lot of good articles, but I can’t tell you not to make a cold judgment,” he said. “Every club’s scouts have different eyes. If there were scouts who were constantly looking at me, there would be good results.”

He said: “Honestly, my mind is very comfortable. I can’t help it, even if a bad result comes out. I’m waiting with a comfortable mind because that’s not all I want to go.

Na Seong-beom said: “Even if it doesn’t work this time, I don’t have a big burden because I have another chance for a free agent next year.”

However, he added: “Honestly, if the posting works well, the best case scenario.”

Even if a club appears that offers him a contract, I will carefully decide to go to the United States. Na Seongbeom said: “When the terms of the contract come up, I will think about it when talking to my agent and my family.”

Na Seong-beom runs to his dream with such an honest and courageous entry into the major leagues. But the season was different. He always kept his word and showed caution when asked about the main league during interviews.

Na Sung-beom is a player who represents NC in name and reality. He expressed a desire to become a widely recognized player in the United States if he succeeds in entering the major leagues.

He said: “If I go to the major leagues, I want to become a player that will be memorable. Just like there are fans who think of ‘No Sung-beom’ when it comes to ‘NC’, I want to be such a player in America. In the United States. “

Na Seongbeoms also welcomed Kiwoom Heroes’ abbreviated Kim Ha-sung (25), who aims to enter the major leagues together, saying: “Ha-sung is good and young, so he has a good grade. I hope he succeeds. will work well. “

Also, watching the pitcher Kwan-Hun Kim (Cardinal of St. Louis), who successfully debuted in the Premier League this year, made me think he was “cool” and said, “It seems that such seniors are reviving Korea so that Haseong and I can develop their dreams. . ” did.

Na Seong-beom told fans: “The results have not yet appeared, but I am grateful for the support of so many people so far.” “If you’re going to the United States, I’ll work hard from afar, so I hope you’ll always encourage me.