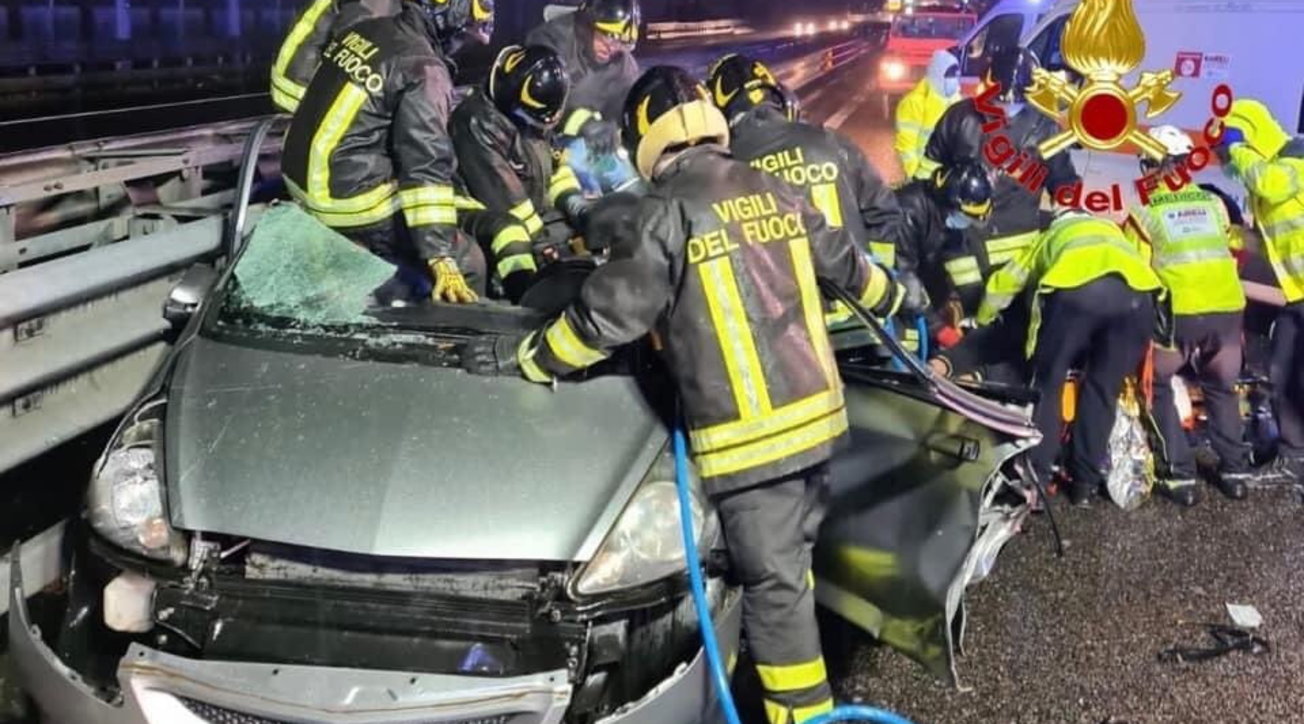 In an accident that took place on Saturday at around 8 pm at the exit on Route 35 to Pavia, he remained a 41-year-old man was also involved, which was rescued in yellow code and was delivered to Rozzano Humanitas. Six ambulances, three self-medication and various fire brigades intervened on the spot.