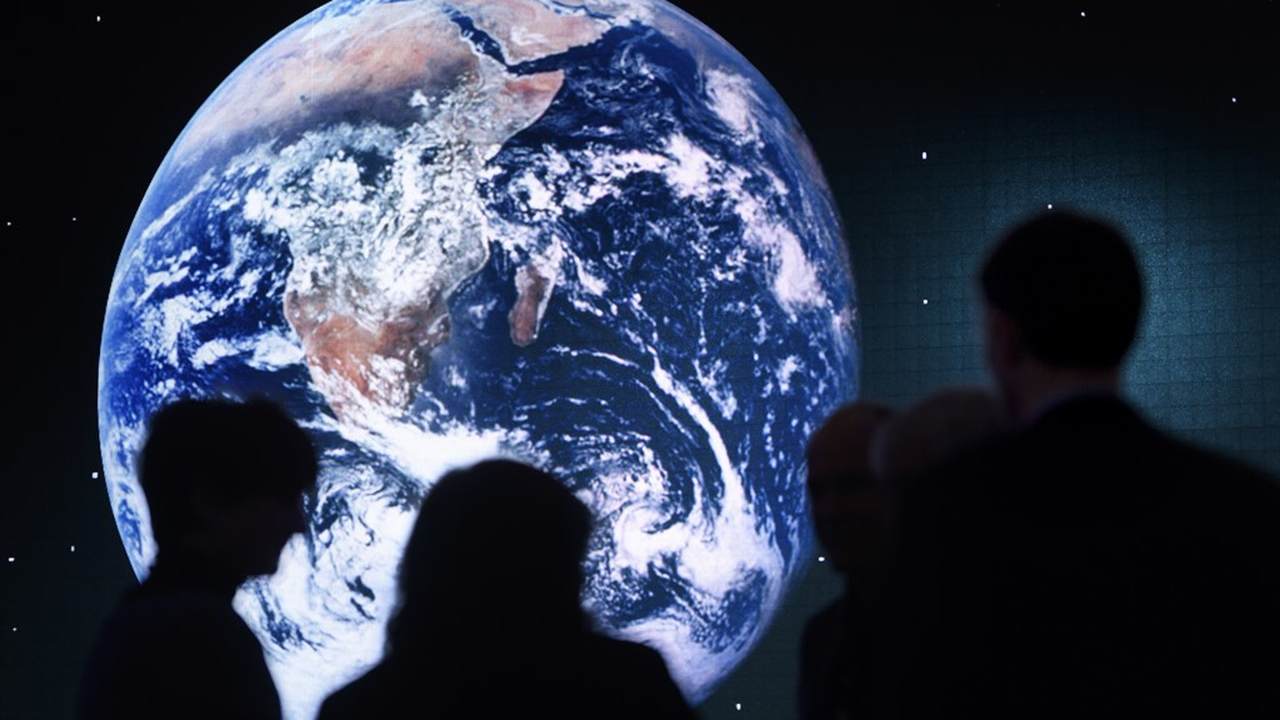 The full-court press is on climate chaos disaster and renewable energy salvation. CNN recently hosted a seven-hour climate event for Democrat presidential aspirants. Every day brings more gloom-and-doom stories about the absurd, often taxpayer-funded pseudo-scientific reports on yet another natural event or supposed calamity that alarmists insist on due to fossil fuels that provide 80% of US and global energy.

MSNBC just hosted another two-day Democrat presidential candidates climate forum at Georgetown University – where I spoke at a contrarian program. Meanwhile, a big Climate March took its place in New York City while protesters tried to block the streets of Washington, DC. They were all kicking off the UN's Global Climate Week in NYC, featuring a Youth Climate Summit and a UN General Assembly event where world leaders will demand "global action" to supposedly stop the supposed climate crisis.

Their standard solution is biofuel, solar, wind and battery power. My recent article dumped buckets of icy cold reality on several of those claims. They obviously need to be doused with a few more icy buckets.

To reiterate: Wind and sunshine are free, renewable, sustainable and eco-friendly. However, the lands and raw materials required for technologies to harness this widely dispersed, intermittent, weather-dependent energy to benefit humanity is absolutely not. In fact, their environmental impacts are monumental.

The Democrat candidates and their supporters want to replace coal and gas backup power plants with batteries, to ensure we have (much more expensive) electricity even when intermittent, weather-dependent wind and sunshine refuse to cooperate with our need for 24/7/365 power for our electricity-based homes, schools, hospitals, factories, businesses, computers, social media, and civilization.

So let's suppose we blanket the United States with enough industrial-scale wind and solar facilities to replace the 3.9 billion megawatt-hours Americans used in 2018 – and we manufacture and install enough king-sized batteries to store enough electricity for seven straight windless or sunless days.

We would need something on the order of one billion 100-kilowatt-hour, 1,000-pound lithium and cobalt-based battery packs – similar to what Tesla uses in its electric vehicles. (This doesn't include the extra battery storage required to charge cars, trucks, and buses we're supposed to replace with EVs.)

All these batteries would support the millions and millions of Green New Deal solar panels and wind turbines we would have to build and install. They would require prodigious amounts of iron, copper, rare earth metals, concrete, and other raw materials. And every single one of these batteries, turbines, and panels would be replaced far more often than coal, gas, nuclear or hydroelectric power plants.

Indeed, what are we going to do with all those worn-out and broken-down turbines, panels, and batteries? The International Renewable Energy Agency Has Got Disposed Of Just The Worm-Out Solar Panels That The UN Wants To Be Erected Around The World By 2050, Under The Paris Climate Treaty's Solar Energy Goals total plastic waste in 2017!

So another icy cold reality is: All this “free, renewable, sustainable, eco-friendly, ethical” energy would require the biggest expansion in mining the world has ever seen. But when was the last time any environmentalist or Democrat supported opening a single US mine? They detest mining.

Which brings us to the dirtiest pseudo-renewable, pseudo-sustainable energy secret of all – one of these folks absolutely don't want to talk about: slave and child labor.

Because of the rabid environmentalist opposition, the United States and Europe are no longer allowing much mining within their borders. They just import minerals – many of them from China and Russia. And the same groups that extol the virtues of wind, solar and battery power are equally opposed to extracting rare earth, lithium, cadmium, cobalt, and other minerals almost anywhere on Planet Earth – even under rigorous Western lab, safety, environmental and reclamation rules.

That means those materials are mined and processed in places like Baotou, Inner Mongolia, and the Democratic Republic of Congo, mostly under Chinese control. They are dug out and processed by fathers, mothers, and children – under horrific, unsafe, inhumane conditions that few of us can even imagine … under almost nonexistent labor, wage, health, safety, and pollution standards.

That renewable energy, high tech slaves get a few pennies or dollars a day – while risking cave-ins and being exposed constantly to filthy, toxic, radioactive mud, dust, water and air. The mining and industrial areas become vast toxic wastelands, where nothing grows, and no people or wildlife can live.

For cobalt alone – say UNICEF and Amnesty International – over 40,000 Congolese children, as young as four years old, slave away in mines, from sunrise to sundown, six or even seven days a week. That’s today. Imagine how many will be needed to serve the “ethical green energy utopia.”

You never see them make ethical wind turbines, solar panels and batteries an issue. They have never protested outside a Chinese, Russian or Congolese embassy, ​​or corporate headquarters in Beijing, Moscow or Kinshasa. They probably don't want to get shot or sent to the gulags.

And just a few weeks ago, California legislators voted down Assembly Bill 735. The bill simply got California to certify that "zero-emission" electric vehicles sold in a state-of-the-art materials or components that involve a child labor lab. The issue is complicated, the legislators said. It would be too hard to enforce. It would imperil state climate goals. And besides, lots of other industries also use child labor … they "explained."

As Milton Friedman said, there is no free lunch. Wind, solar, biofuel and battery power are not free, clean, green, renewable or sustainable. America must not let delusion, dishonesty, and ideology drive public policies that will determine our future jobs, prosperity, living standards, freedoms, and civilization.

What Green New Dealers Are Talking About Has Nothing To Do With Stopping Dangerous Manmade Climate Change – Or With real sustainability, resource conservation or environmental protection. It has everything to do with increasing socialist, largely taxpayer-funded activists, politicians, regulators and crony capitalists controlling people's lives; dictating our energy use, economic growth, job opportunities, and living standards; and getting richer, more powerful and more privileged in the process.

Meanwhile poor, minority and working-class families – pay the price. And destitute families in hungry, impoverished, electricity-deprived nations pay the highest price. China, India, Indonesia, and Africa are not about to give up their determined efforts to take their rightful, God-given places among Earth's healthy and prosperous people. They're not going to stop using fossil fuels to reach their goals.

They are not going to let anyone – including the UN, EU, US Democrats and other eco-imperialists – tell them they can never enjoy those blessings. Or they will be “allowed” to improve their health and living standards only at the margins, only to levels achievable with wind, solar and cow dung power.

That is why even the United States reduced its carbon dioxide emissions by 12% between 2000 and 2017 – India's plant-fertilizing CO2 emissions soared by 140% and China's skyrocketed 194% – further greening Planet Earth. In 2019 alone, China alone will add more coal-fired generating capacity than any existing US coal-fired power plants generate.

While all these countries continue to use more and more fossil fuels to improve their economies, health, and living standards – why in the United States want to join Green New Dealers and other crazies in an environment-destroying ban-fossil-fuels economic suicide pact?

Paul Driessen is a Senior Policy Analyst for the Committee on A Constructive Tomorrow (www.CFACT.org) and author of books and articles on energy, climate, environmental and human rights issues.