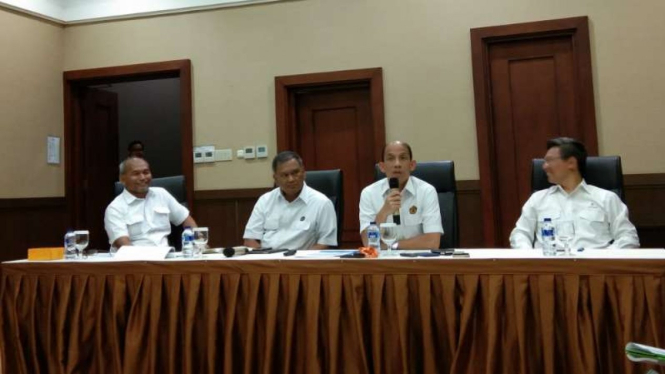 VIVA – The Ministry of Energy and Mineral Resources (ESDM) has designated a contractor who has won an auction of expired oil and gas blocks, or the contract expires in 2022. The government used this decision subscription bonus or a subscription premium of $ 13.95 million.

The three oil and gas blocks are the Tarakan block with the winner of PT Medco E & P Tarakan, the Block Coastal Plains and Pekanbaru (CPP) with the contractors PT Bumi Siak Pusako and Blok Tungkal with Contractor Montd & # 39; or Oil Tungkal with Fuel-X Tungkal Ltd. .

ESDM Deputy Minister Arcandra Tahar said that in 2022, 4 blocking blocks were actually auctioned. However, another block, Sengkang Block is still in the decision-making process.

"Out of the 4 WKs (workplaces) that were discontinued in 2022, 3 decisions were taken. One WK still needs further processing," said Arcandra's ESDM ministry office on Monday, November 5, 2018.

However, Arcandra revealed that in the near future the announcement of Sengkang Block Manager will be introduced shortly. That's because there are things to accomplish.

Continuing Arcandra to continue to manage three blocks, two blocks, namely Tarakan and Tungkal Blocks, were required to share their shares (Participation interest/ PI) to the regional government with the help of the BUMD for 10 percent. As the CPP unit does not have PI's 10 per cent commitment, since local BUMD, PT Bumi Siak Pusako managed 100 per cent.

Below are the data for the 3 2022 Termination Blocks found on today's winners: