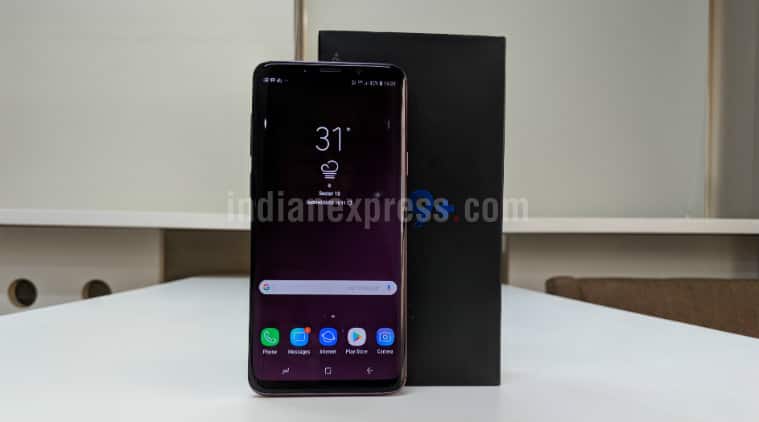 Looking at the new light on the Galaxy S10, Blass says that Samsung's most advanced smartphone will have three cameras at the back. (Galaxy S9 image representation)

The Samsung Galaxy S10 could be launched early next year, and we already hear rumors about it. Evan Blass, known as @evleaks Twitter, has shared new information on the Galaxy S10. According to Blass, a high-end smartphone can be equipped with a punch-style display, three rear cameras, and an ultrasound fingerprint scanner. The speculation is enormous that the Samsung Galaxy S10 could be available in three versions with the new design language.

Looking at the new light on the Galaxy S10, Blass says that Samsung's most advanced smartphone will have three cameras at the back. The setting consists of setting the standard, latitude and telephoto lens. You may have noticed that the Galaxy S10's camera setup is different from what we saw in the Galaxy A7 (2018), which has a wide range of ultra-latitude and depth sensors.

In Taiwan, Blass also said that the Galaxy S10 will play with a punch-style self-loader chamber trim on the front, which sounds like the Infinity-O display. Samsung announced Infinity U, Infinity-O and Infinity V-style styles last week at the San Francisco Annual Developers' Conference. Blass also says that the next high-end smartphone will have an ultrasound fingerprint scanner that we've heard for several months. In addition, the phone will work with Samsung's updated user interface – one user interface. The new interface has already been announced for Galaxy S9, S9 + and Galaxy Note 9.

As expected, the successor to Galaxy S10 will be an ambitious smartphone that will compete with the Apple iPhone XS and Huawei Mate 20 Pro. Of course, the premium smartphone will officially debut at the 2019 Mobile World Congress (MWC) in Barcelona, ​​Spain. Hopefully, we'll learn more about Galaxy S10 closer to launch.

Get all the latest Technology news for the Indian Express app