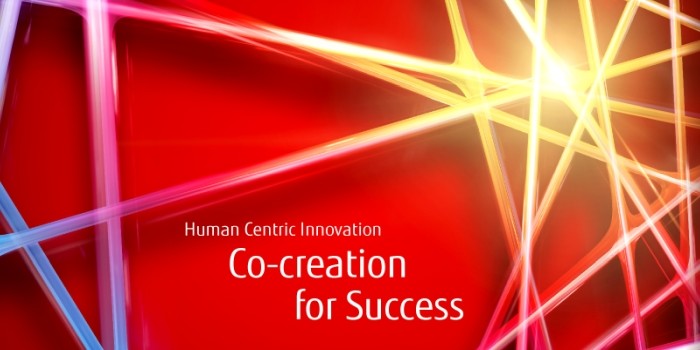 In May, we wrote about the Fujitsu announcement of this year's slogan "Collaboration with Success", which wants to emphasize that the company works smoothly with its customers and partners in creative work and innovation in the digital transformation system. It was surprising that the Fujitsu forum in Munich was subordinate to this event, where more than ten thousand visitors were able to get acquainted with technological innovations.

The word itself can not say too much – even with the company's explanation – but it's not really hard to understand what it's all about … The most important task for the industry today is the digital shift, and in some areas where all roads generate IT, the most important issue is this where to go At this stage, Fujitsu City's 3500-square-meter exhibition space can be helped by more than 250 convertible, new Fujitsu solutions from the real world, whether they are retail stores, factories, banks, datacenters, hospitals, municipalities, universities or even train stations. . Also, HXD (human core design project), a key element of the Japanese corporate concept, is also an important element that can be summarized as globally expanded so-called centers of excellence work with the company to integrate new technologies and tailor ideas into a targeted environment.

For specific announcements, Fujitsu launches a new company called Fujitsu Intelligence Technology. It focuses on the global management of the development of artificial intelligence, namely, it integrates AI solutions developed by the company in Japan and other countries in order to later return them to the regions in the form of global products and services. The company also announced the new Sholark system, which accelerates the transformation of business processes using AI and data analysis to significantly shorten the time required for complex AI projects.

Fujitsu has also announced one of the world's first zero-emission data centers. With WestfalenWIND IT, the German electrical power company WindCORES, the new hosting solution Green IT-Das Systemhaus, a Fujitsu SELECT partner, can provide its customers with highly sustainable and cost-effective cloud services. WindCORES, the WestfalenWIND IT-powered 3rd-level data center operating at zero level, operates in Paderborn, Germany. It helps to implement Germany's plan to move around the country towards environmentally friendly and sustainable energy supplies, while providing increased demand for cloud services.

The Japanese company also jointly announced Microsoft, so stakeholders will accelerate the introduction of Microsoft Azure in organizations. This is part of the PRIMEFLEX Microsoft Azure stack, based on a high-performance and efficient PRIMERGY server platform that supports the virtualization of the Microsoft Hyper-V network, while infrastructure management simplifies the Fujitsu Infrastructure Manager (ISM) software that provides anti-malformed, flexible and automated functionality. .

The purpose of Fujitsu is to provide a solution to the cloud's benefits while responding to the needs of which it is essential for a local server to perform certain tasks to meet the adequacy of data, compliance and connectivity requirements. Specific features include a user-based monthly fee that integrates Azure's services into an existing license agreement, and Fujitsu also provides support for developing a customized licensing solution for the budget system. The optional function is to extend the service to duplicate on-site data, to the built-in Fujitsu ETERNUS CS target facility, and Microsoft Azure can be integrated with other cloud solutions to create a single multimedia environment using the Fujitsu Enterprise Services Directory Manager (ESCM) solution.