Tsakaloto went to Brussels … the economy 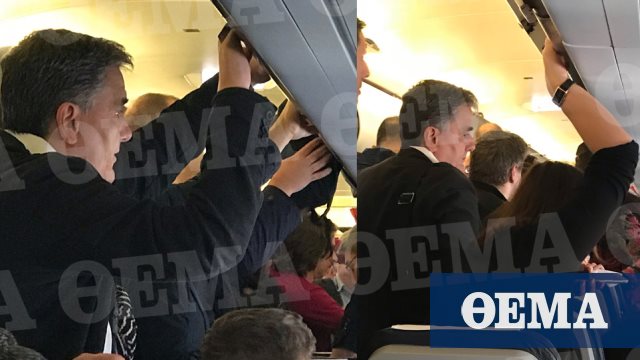 Trusted, albeit skeptical, Minister of Finance for a flight to the current Eurogroup – what did he do in three hours and what he said to his passengers during a trip from Athens to the Belgian capital

Minister of Finance Euglid Tsakalot with a line plane, not one of the VIP government jets used by other members of the government as a personal air taxi, flew to Brussels at today's crucial Eurogroup meeting.

Mr Tsakaloto stepped up from the morning flight of the Aegean Sea, 08:20 from Eleftherios Venizelos Airport flew and arrived in Brussels at 10:00. 11:20 pm local time.

During almost all of the flights, the Minister of Finance relaxed or overlooked, avoiding lunch with light meals from the Aegean Sea.

The Finance Minister went to a financial position without a visible police presence. He was sitting next to the corridor with two girls next to him. Indeed, realizing that nearby passengers travel with friends in other locations on the same flight, he offered to move by asking, "Do you want to change places to sit with your company?" But the girls abandoned Mr Tsakalotou's courtesy rather than hurting him to jump to another position.

It was surprising that Euclid Tsakalotos did not have a red backpack on the plane with which we used it, but he only traveled with his luggage. On the same flight, MEP Sophia Sakorapha, who was reportedly in business class, flew on the same flight, while the finance minister chose to travel the economy, staying faithful just to the left.