Sanctions against Iran: why Greece-Italy released? 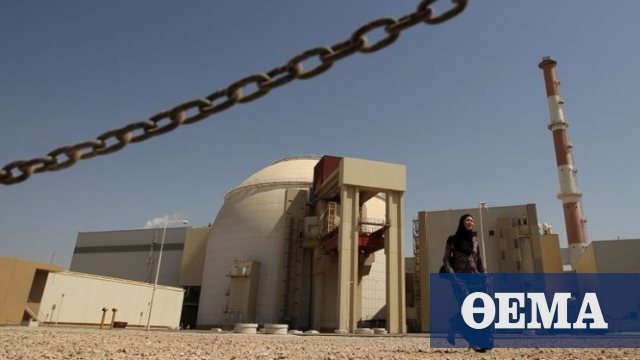 New US sanctions on Iran's oil exports have been in force since November 5. According to the Deutsche Welle news agency, exceptions are set to 180 days for China, Taiwan, India, Italy, Turkey, Japan, South Korea and Greece.

"The US embargo on Iran aims to deprive the country of its most important source of income affecting its economy. On the other hand, the world oil market needs to be provided with a permanent supply to prevent a dramatic blackouts of over-estimation of gaps." Balance conservation is a good thing for Washington. like Saudi Arabia, a traditional enemy of Iran. Riyadh could significantly expand its output to maintain a steady supply of oil supplies.

US Secretary of State Mike Pombeo provided exemptions covering eight countries in "special circumstances", but did not clarify what these conditions were. According to Oigena Weinberg, director of the Commerzbank Natural Resources Analysis Department, the choice of both countries is not coincidental, since it is "the eight largest Iranian oil importers," he says.

Adding Italy to the exclusion list indicates the proximity of governments in Rome and Washington. Italian Prime Minister Giuseppe Conte has repeatedly spoke with laudatory words about the US president's economic policy and showed Italy as a Washington-based privileged negotiator in Europe. Of course, Italy's ability to continue to buy Iranian oil products could further aggravate Rome's controversy with Brussels in the Italian budget, as the EU and its members (with the exception of Italy and Greece) are not exempted from US sanctions.

On the DW question, the Italian Energy Group, Eni, stated in a written reply that it did not establish itself in Iran, and therefore the impact of the US sanctions and the decision to temporarily exclude Italy from them is limited. However, Eni added that he is analyzing to see if Iran's oil is interesting to provide more flexibility in the oil supply system.

The answer to the question of why Greece was excluded could be natural gas deposits in the Mediterranean.

Things that are an opportunity for Israel to become more independent in the energy sector and possibly help it become the largest gas exporter in the wider region. Such a development would be in the interest of the United States, Israel's most important partner today. Israeli energy minister Yuval Stainic expects an agreement on the construction of an East Gas Pipeline Gas Pipeline in 2000 at km 2, which will ship between 9 and 12 billion cubic meters of gas annually connecting Israel to Cyprus, Italy and Greece. Behind the project is DEPA (Public Gas Corporation) and the Italian Energy Group Edison.

Will there be new penalties?

The exporting countries exporting oil (OPEC) will now closely monitor whether Iran's oil production will actually fall. The question arises as to whether the sale of oil – as well as the 2008 sanctions against Tehran – will continue to be on the black market, or if companies will follow bans, fearing imposing heavy fines.

In addition, one question is about how potential purchasers of Iranian oil will be identified in order to impose sanctions. At the Energy Exchange, which was opened in October in Iran, the country itself appeared as an oil buyer. With an end to buyers and end-users to remain anonymous, Tehran is trying to circumvent US sanctions. However, Washington's sanctions at the political level can lead to a counterweight to the expected outcome and that the US sanctions on Iran for its nuclear program have already helped to strengthen Tehran's progress. "