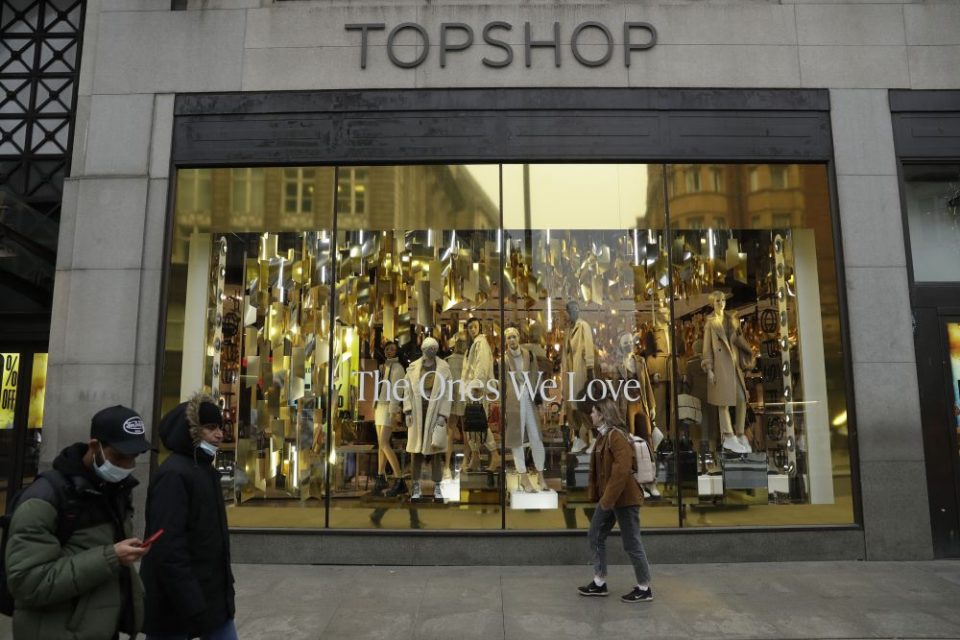 The forced blockade of the pandemic dealt the final blow to the British clothing empire. An attempt to save 13,000 workers.

The Arcadia group went bankrupt on Monday, November 30, and now 466 stores are in danger of closing, and 13,000 employees will be out of work.

It will be the biggest blow to British industry, which has already lost 235,000 jobs this year.

The Arcadia Group includes well-known brands in many shops and retailers across the UK, including Topshop, Topman, Dorothy Perkins and Burton.

The company enters into a governance regime that will allow the company to seek protection from its creditors as long as it is able to keep its stores open and controlled while under the supervision of the authorities.

Opening of the first Topshop store in New York in 2009, revealing Kate Moss and famous stars.

This was the beginning of a descent that took over the British clothing empire.

At a time when competitors were investing in online commerce and online stores, Green seemed skeptical about the power of the Internet.

Currently, with the coronavirus pandemic, Philip Green’s Arcadia group appears to be collapsing due to underinvestment in e-commerce and over-reliance on physical stores.

Philip Green, owner of the Arcadia group (68), has been criticized many times and has always been critical of technology.

This inability to see ahead and understand that the Internet is the future of shops is forcing Arcadia to collapse after the final blow of the coronavirus pandemic and forced blockade.

Although sales have increased in recent years, they have not been able to compete with Asos, Boohoo.com and Zara and even lag behind Primark, which does not even have a website.

Five years ago, Arcadia was the 4th largest clothing company in the UK, but now it has only 2.7% of the market, according to GlobalData.

Arcadia, like competitors, has seen pressure from high rents and taxes, limiting investment in shops and websites.

Last year, the company again voluntarily went under a special management regime to close some stores, reduce rents and reduce costs. But even that was not enough to soften the steady decline in sales.

At the beginning of the millennium, he became an important name in the trade as he managed to buy BHS and Arcadia, while he twice tried unsuccessfully to get Marks & Spencer.

In 2005, Philip Green decided to give his wife Tina Green, who was also the sole owner of Arcadia, a dividend of 1.2 billion που, the largest payment in British industrial history.

His constant mistakes in running the stores resulted in him failing to take advantage of the opportunities he had to sell to BHS, which was on a steady downward trend before it was finally sold in 2015. The chain was finally closed in 2016.

Since then, Green has been criticized by both the government and the British press, demanding that lawmakers remove his knight.

Green continued to risk the pensions of thousands of former and current BHS employees living a luxurious life.

Unfortunately for him, the BHS failure coincided with the Topshop downward spiral. “I’m not smart enough to turn the tide,” he said.

You can’t just go back and forth. “

Frank Field, the British legislature who deprived Green of his knighthood, noted that it was all the result of the greed of a British businessman.

“He wanted to get wealth for himself and his family, not to invest in the business to keep it viable, and now he’s paying the price.”

Both incidents during the great riots of 2008, which almost led to new tragedies