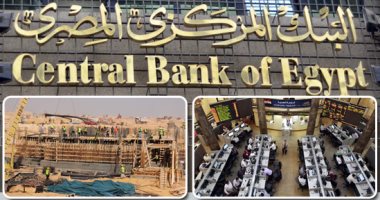 Banking expert Mohammed Badra said the central bank cut interest rates by 1.5% in line with the annual decline in inflation, which registered 8.7% last month, noting that all countries in the world, such as the United States, Turkey and others, have a share from the idea of ​​low interest rates. Recent.

Badra said in his comments on the Seventh Day that lowering interest rates would help boost economic activity, such as starting some funds from deposits to the stock market or starting more productive cycles, stressing that the banking sector is looking first and foremost at the full economic cycle, which should only in the form of deposits.

The banker stressed that lowering interest rates today is a step in the right direction and to fulfill the promise of the Central Bank President, who at the beginning of the year confirmed that inflation would reach 9% with a 3% increase or decrease, stating that we have not reached 12%. inflation rate. This is more than the central bank's 3% growth forecast.

Badra added that interest rate cuts would not have a material impact on savings, especially as banks would not pass on all of these savings, for example, the National Bank of Egypt has only reduced 1% of its Higher Savings Certificate and has not fully savings. .

At its meeting on Thursday, August 22, 2019, the Monetary Policy Committee of the Central Bank of Egypt (CBE) decided to reduce overnight deposit and lending rates and the price of the Central Bank main operation by 150 basis points to 14.25%, 15.25% and 14.75%. Accordingly, the credit and discount rates were reduced by 150 basis points to 14.75%.