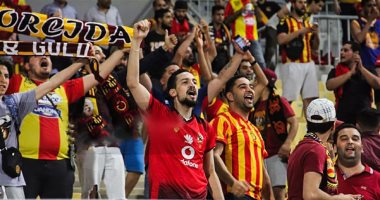 Several Al Ahly fans took part in the second team in Tunisia, which took place at the Raides Stadium subfield. Al Ahli fans came to support players, technical staff and dozens of supporters before the match against Esperance.

The fans shocked players and technical staff during the race and asked them to win the African Champions League title, in which she said, "Africa, my family."

Al Ahly will be a guest at Esperance on Friday at the Rade Stadium, which will be held in the African Champions League final. Al-Ahli scored the first leg 3-1 against the goal at the Armenian stadium in Burj Al Arab, Alexandria.