The Baťovský Zlín House opens again on November 9 at noon. 9:00 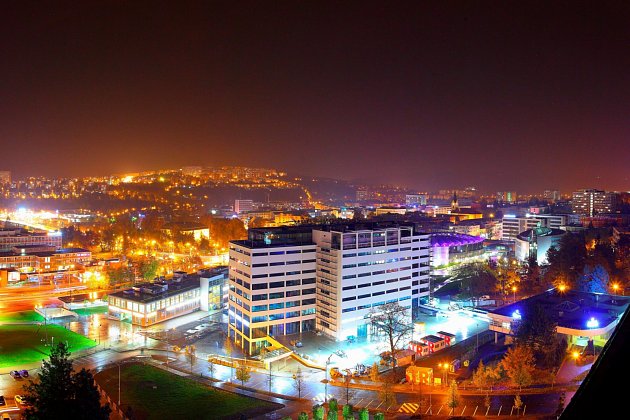 The reconstruction of the Batis department store in Zlín's work center ends after one and four months. The repair building opens to the public on Friday, November 9th. On this day, most stores will begin to shop in the lower two storeys. The number of other companies, gastronomic companies and upper floors in the coming weeks and months. The building will continue to be original, the traditional name of the Zlín department store.

During the reconstruction, the new modern face has become a well-known city dominant, which in 1931 Buena built architect František Lidija Gahura. The goal was to do everything that applies to the Bata architecture, which is a key element in this part of the city. The owner and investor, in agreement with nature conservation specialists, return the building to the original look, which was particularly unusual for windows. Those on the two lowest floors are floor-to-ceiling and gradually narrowed down.

There was also a complete reconstruction of the interiors and, in comparison with the initial expectations, additional works related to building statistics. Until the reconstruction, it was shown that the ceiling did not fully correspond to historical documents. "Investing in strengthening statistics is the reason why the initially planned opening date has changed for about two months, but security was the most important for us," said Radovan Pilich, PRIOR Zlín.

He previously owned a department store around six sales floors, but this range has now lost its merit. Therefore, Zlín's "New" department store is a shopping mall in the center of which there are two floors, which will be filled with gastronomy companies and shops. "Our goal is to create a place to meet in the center of Zlín for good food and drinks, as well as contemporary shopping," added Radovan Pilich.

And what will all visitors see from the 9th of November shopping passport? The Billa Supermarket will come back here, which will be bigger and with a wider range of products. Visitors will also be provided with the DM pharmacy, the La Formaggeria Gran Moravian cheeses, the Dobrovský bookshop, Grafit Stationery, Barber Shop Na Fešák, House Deco & Flowers, Crossborder, Goldsmithing, Exchange and other complementary products, Eiscafe Delicacies.

In the coming weeks, Budvarka, the first of its kind in Moravia, will be opened and the forthcoming Valachy Bistrotea concept, which offers a bistro with a bakery and a shop with its own products, a café with pastries, a kitchen menu, Lounge Barem 1931, and cooking courses. This company is set up by Valachy Resort, which wants to enjoy the gastronomic experience of the Velké Karlovice Hotel.

In the coming months there will be a massage center and rehabilitation, and the second Zlina institution opens the second Café and the Fresh Bar JOGURTOVNA – a popular place for families with children.

Zlín Business House rented the third to sixth floor of the HP TRONIC, Zlin, which runs Datart, Euronics and Kasa.cz stores, owns the ETA brand and operates the Valachy Resort. HP TRONIC moves its head office to the building. Until then, the company had offices in several locations in the center of Zlín. "Our employees move this year in January," said Daniel T. Vecher, CEO of HP TRONIC.

HP TRONIC has also previously announced that it will also use the upper storey of the department store and set up a spa hotel with an experienced restaurant in the Valacha Spa Hotel's spa. "In 2019, we will start preparing for the establishment of a health center and high-end restaurant with a panoramic view of Zlín, and then accommodation will be added," added Daniel Večeř.

The Zlín department store also prepares various additional events, such as these Christmas parties, where guests will be offered a Christmas program.

Transformation also took place in front of the Zlín Business House, where the municipality of Zlín renovated and expanded its parking lot and recently introduced a premium rate – the first hour parking space is now free.

Another interesting fact is that the first steps of the Czech Republic were the Zlín Business House. Newly discovered periodicals and newspaper articles were installed in 1934. Until recently, the rally staircase was mentioned at the Prague White House Swan House in Prague in 1939.