Food is enough food. But they are lacking money for employees 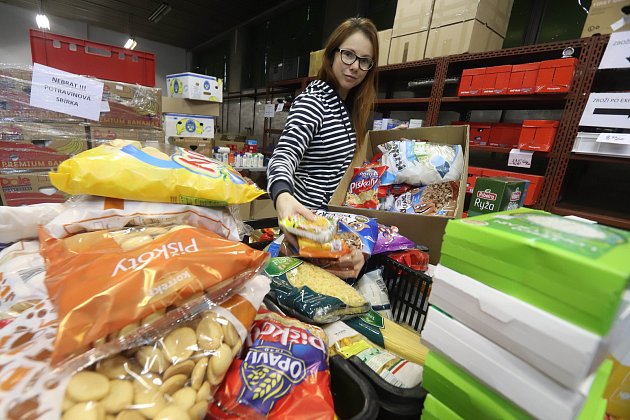 Twenty-three-year-old Denis from Prague is a two-year-old son in her inaugural apartment in Prague 4. From his birth as a parent, and as it happens, with a limited budget.

Therefore, it is a pleasure to celebrate on Saturday when the National Food Collection is taking place for the sixth time, where people from 680 shops in some chains throughout the country can buy and donate the necessary long-lasting food and pharmacy. A year ago, it brought more than 370 tons of food and 41 tons of dry goods.

"It will bring a lot of money into my budget, because the most expensive items are diapers and pharmacies," said Mrs. Denis. According to the IPSOS study to organize Business for Society, one fifth of Czechs are regularly involved in the collection. Most often they donate goods worth a hundred to 250 crowns.

Donated food is distributed and sent to the destination by the Federation of Food Banks of the Czech Republic, usually in the region where they will be donated. This year, it will also use the new logistics center in Modlity near Prague, which the Penny Market will provide free of charge. The chain will reach two million crowns annually.

This help is supported by food banks. They admire that they have enough food, so they often lack money for normal traffic.

The only permanent state budget support this year is CZK 33 million from the Ministry of Agriculture. "As it is in the social and humanitarian field, financial support should also be directed to these companies from other sources," said Vojtěch Bílý, a representative of the agricultural sector, in the agency Daily. He recommends that banks turn to the Department of the Environment, the county, city council and private donor.

In the areas where food banks operate, there is a tendency to participate at least partially in their activities. "As far as private financial payers are concerned, this is unfortunately very little," said Veronika Láchová, Director of the Federation of Czech Food Banks, to the magazine.

Donors usually think that donation is enough. "But some are aware that food banks themselves never eat the food they receive," said Lacs.

Cannons from grocery warehouses can not pay in kind for the work of dozens of full-time employees, they will not be satisfied with the lease, not the owners of the houses where their banks are located.