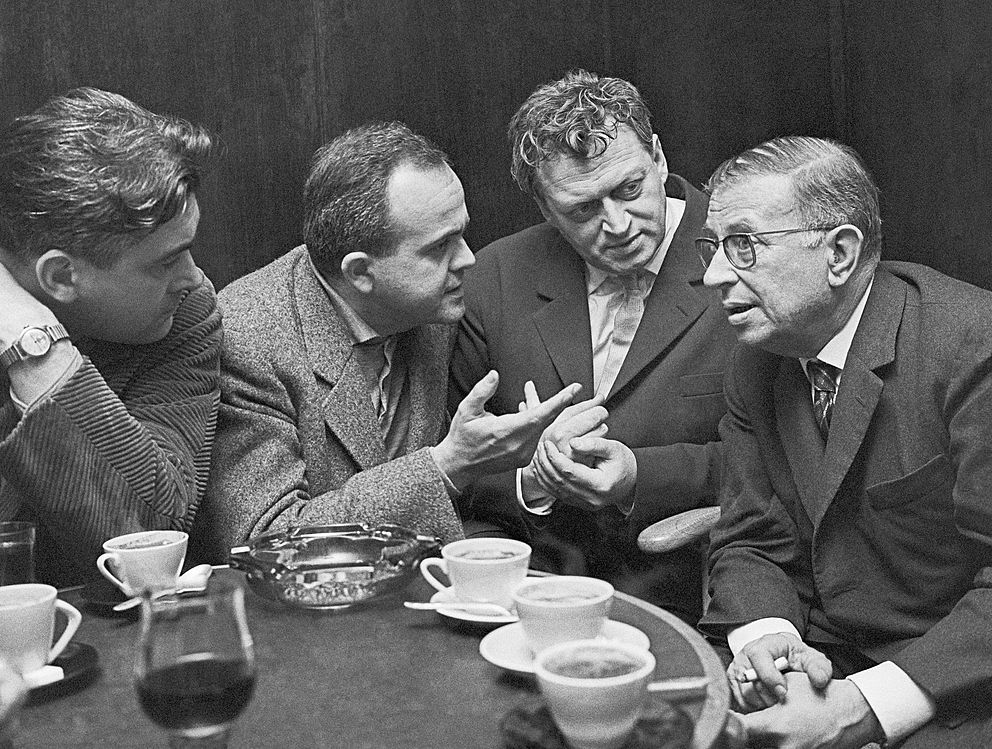 “We ourselves know better what we no longer want than what should be done,” curious journalist AJ Lemms told the Swiss newspaper Gazette de Laussane at the end of January 1968, inquiring about the then “peaceful revolution” in Czechoslovakia. That is, the ongoing attempt at socialist reform, which began with a change in the policies of the Communist Party. Thanks to his work at that time Literární noviny, Lemms was one of the leading representatives of the cultural scene, which joined the Prague Spring. He spoke of hope and opportunity. He insisted on maintaining socialism and the need to take a different path than in the West, but he also acknowledged the uncertainty that never left him in this regard – and which later turned into a conviction of the inadequacy of socialism.

But in a similar way he saw capitalism, in which he eventually spent the other half of his life. A few months later, after the occupation in August 1968, he decided to stay in the West. He returned to the Czech Republic only in 2013. He returned to his native Žižkov and at the same time to a society which he acknowledged he no longer understood due to an excessive deviation to the right. He also died at the age of 96 in Prague on Friday, December 4th. His life story reflects two main themes of Czech society. The 1960s were a miracle, as well as an untapped opportunity and a still unresolved relationship with emigration and emigrants – see Milan Kunder, with whom he befriended Paris.

Lemms was born in 1924 in Prague to a family of divorce lawyers. He combined his career with journalism and, as a journalist, found himself in the midst of the turbulent changes in Czechoslovak media in the 1940s and 1960s. In the immediate aftermath of World War II, he collaborated with his friend Emil František Burian, whom he helped bring from the concentration camp after the war to publish the weekly Kulturní politika. Later, however, they were ideologically divided because of Buriana’s communist fervor. The magazine ended in 1949, and Lhm joined the CTC.

After a brief delay in the Foreign Ministry’s press office, from which he was fired, he spent the war in our army’s editorial office. And from 1961 he worked in Literární noviny, where he headed the foreign and film department. Literární noviny gradually became one of the main forums for formulating reform ideas, and in an interview with Divadelní noviny in 2015, he also described 1955-1969 as “the best years of my life – a time full of real tangible hope, new ideas , new visions “. .

In the best years, the cage “fell” after the August invasion of Warsaw Pact troops, which had to stop the “right deviations” of the reform and get Czechoslovak socialism back on track. Lemms was one of the awkward people. A prominent communist ideologue and Red Cinema film critic, Jan Kliments, two years later summarized the party’s views in an article about the Karlovy Vary Film Festival, where Lemms, along with philosopher Ivan Switak, was one of the most prominent speakers.

“At the time, in the 1960s, revolutionary theorists such as Ivan Switak and AJ Lemms came to Karlovy Vary to abuse the international meeting for their anti-socialist and anti-Soviet goals. Their time is up,” Kliment wrote. When the article was published, Lemms was already in exile in France. He left there as a representative of the Czechoslovak National Film in Paris and held office until the summer of 1969, when he decided not to return.

He then spent part of his emigration to the United States, but in 1960 he took Czechoslovakia with him. In exile, he published letters with Jerry Pelican and a cultural review of Lettre Internationale in the second half of the 1980s, continuing to promote the new wave of Czechoslovak films abroad. His collection of interviews, recorded between 1964 and 1969 with directors and screenwriters from his favorite Milos Forman (he later wrote the book Milos Forman’s Stories) through Pavel Jurassek Věra Čitilova, was first published in New York in 1974 under the title films (until less than thirty years later it was published by the National Film Archive).

In this way, he helped to strengthen the reputation of the “miracle of cinema” in local cinema. And thus inevitably there is a certain nostalgia after the unattainable and unique sixties, the side effect of which was a complex of inferiority, which for a long time accompanied mainly the post-revolutionary Czech film scene. He later came up with the idea of ​​repeating a similar influx of Czech cinema. “It’s not clear to me why, when we’re as rich as society, culture – film, literature, theater, magazines – has to live in many ways. Increasing talent costs money, and it’s hard, but then it pays off. So there’s no new Forman today. , Passer, Vávrová or Jasní, “he thought in the interview Divadelní noviny.

He also lectured abroad and translated mainly French literature. He published a book of interviews with Czech and Slovak writers from 1966 to 68, The Generation, in this case the generation marked by the post-February regime. He interviewed Esther Krumbachova, Ludvík Vaculík or Václav Havel. In 1988, he compiled a selection of more than a hundred texts that were published before the invasion and called the spring of 1968. A book for children and young people, which aimed to bring the thinking of that time and time closer to those who no longer remembered it or remembered it differently.

He visited Czechoslovakia immediately after 1989. He returned irrevocably in 2013. Two years later he won the Tom Stopard Prize for the book The Findings of the So-called Dalimil, his collection of texts from Lista. In the same year, President Milos Zeman awarded him the Medal of Merit.

They consisted not only of promoting Czechoslovak culture, but also of improving the work of journalists, including writing about film. As he told the Divadelní noviny newspaper: “It should be clear from the criticism that you like to write and that you are interested in the work. Do you write about it negatively or positively. You should always feel after your text that you are not writing it with malicious intent, but that you feel it. (…) This is a task of criticism. And there is no art without criticism. “