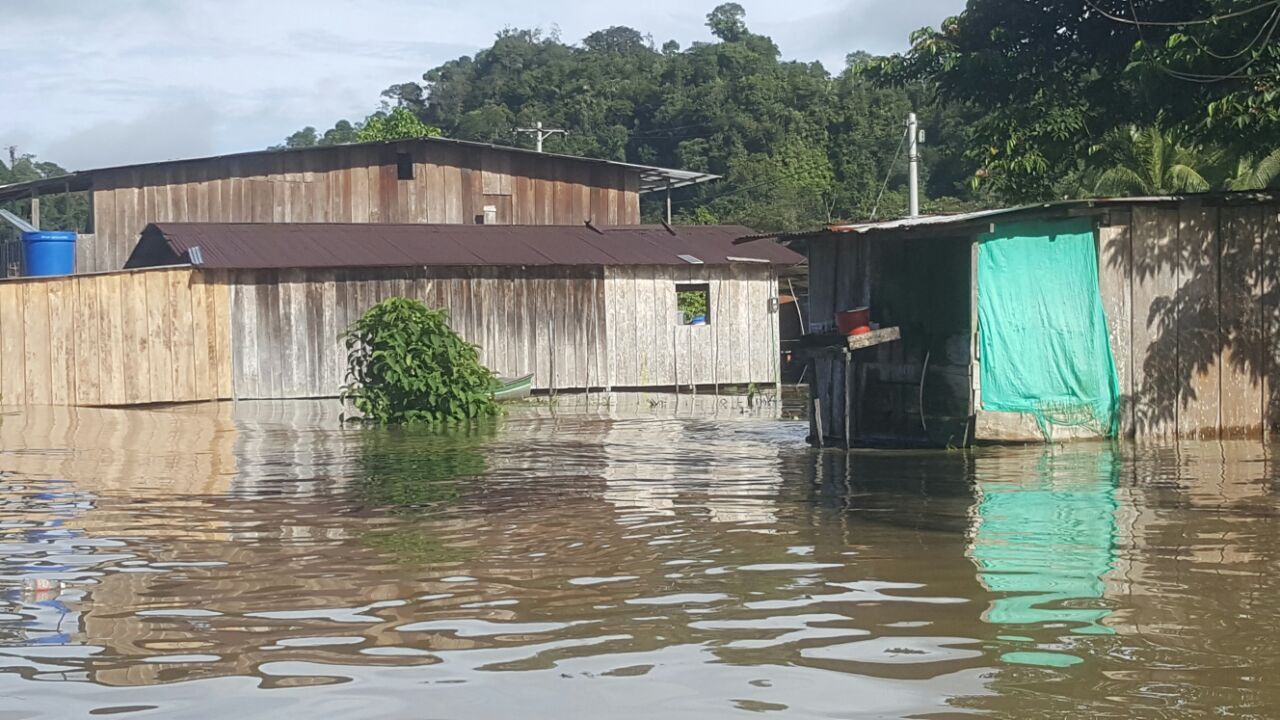 The water in the river is polluted by illegal extraction, which makes it possible for most of the population of Mikul to have a livelihood due to lack of resources.

All houses are equipped with tanks of between 500 and 1000 liters of water and have reserves if the drought amazes them, although it almost never happens.

"One is already adapted in the rain, it is a blessing, because it is water coming from heaven, and we can use it all.""Says Mary.

And although the one who does not exist in this land comes from heaven, the inhabitants insist on the need for an aqueduct. Mayor Wilmer Riascos Lopez de Micay guarantees supply of drinking water shortly.

"We, being poor, do not have another business alternative to survive and raise our children"Said the municipality's social leader.

"Procuraduría showed us a video on which expedition came from Medellin and arrived in the area … (…) They usually enter a piracy and if they enter into piracy, they must involve an official person so they can enter," said Mayor Wilmer Riascos from López de Micay.

For many years, residents have urged the government to implement productive projects that it generates income and allows them to leave these illegal businesses, but they say they already lose faith.

"The economic base is illegal mining and timber production because you took a kilo (from a hallucinogen) and you have already sold half a circle or picked up three or five grams of gold and silver in your pocket because they will buy it right away, "said exconcejal and social leader Mario Marino Tovar.

Ombudsman Carlos Negret, for his part, said that the government urgently needs to take care of these people.

"They are farmers and indigenous peoples who like to work on land, but as long as there is no social contribution while the state and the government do not recommend these municipalities people will not be able to stop these illegal cultures, "he said.

"You know that this trade leads to a war that unfortunately caused the six Colombian citizens who fell 10 days ago," said Negrēte.

A week ago, it was reported to the municipality that the murder of six people was recorded as an armed invasion.

"HWe had issued a timely warning to this municipality where we warned that a massacre would occur, as it actually did"Said the Defender.

According to the authorities, these departments have offenses from the FARC, which are disputing drug trafficking with ELN and other armed members.

Firefighters can not deal with emergency situations

In this village, near a strong river, such as Naiya, the coastline, the fire service is not equipped in an emergency.

"We do not have the elements that could suppress any kind of events taking place in López de Micay. Since 2013, the National Fire Service has been working on a water pump project, and this is the date, because we are poor and small fire brigades, we have it was not granted, "said Américo Pedraza, López de Micay firefighters.

"We have many problems with search and rescue, and here the route is water, Naja villages have no way to mitigate the event," said Pedraza

"The national government has forgotten that this municipality exists. I watch it on television located in other departments, but Lopez de Micay has never been named, and we have to take into account, because we are also Colombia," said another municipality leader.