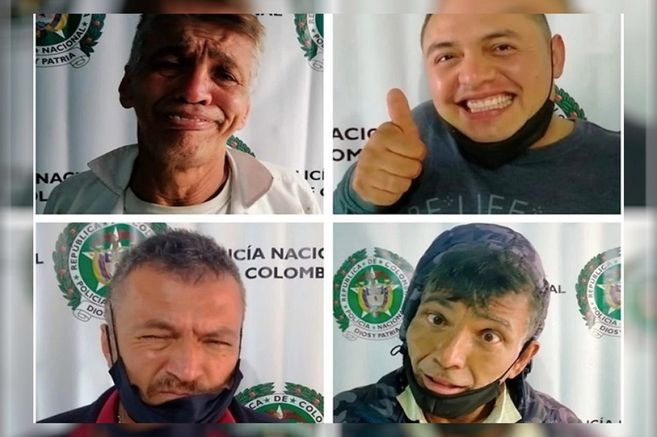 The four will continue to be involved in the illegal arms possession process. Only one of them was sent to prison for a previous conviction.

The judge decided to release three of the four men who formed faces last Wednesday as police continued the capture process after they were found in Engativa with weapons they would apparently use to rob apartments in the area.

Read: Thieves who planned to rob apartments in Bogotá laughed after being captured

Among the arguments for their release, the judge considered that there was insufficient evidence against them because they had not been caught flagrante delicto and three of the men had no previous record.

A fourth person was sent to prison but for a previous conviction. Given the circumstances, although the accused who were released will still be involved in the process of illicit possession of firearms.

The defendants were arrested last Wednesday night after Normans in western Bogota warned authorities of the appearance of a suspicious vehicle on Roja Avenue.

Attention was drawn to the fact that, as soon as they were taken to the police station, the detainees made faces during the police inspection and fingerprinting, when uniform officers took pictures of each person.