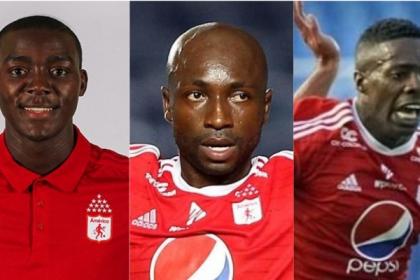 "América de Cali" with Twitter confirmed the first six players' names leaving the professional team after they were eliminated from Copa Colombia and II-2018. League Quarterfinals.

From the list that Futbolred has developed, the following words were given: Pablo Armero, Jefferson Cuero, Cristian Dajome, Danilo Arboleda, Jarol Martínez and Yamilson Rivera, while at the request of the technical body, discussions were held on the renewal of Diego Herner's contractual relationship and Alejandro Bernal

Fernando Pecoso Castro spoke very well in the ceiling press conference on the successful return of Herner to the games he was after his injuries, and predicted that he would do everything he could to keep him in the team, so everything would depend on an economic deal with the directors.

Another player with whom they speak is Avimilijs Rivass, who has a contract for a year, but his performance and constant expulsion will lead to its cancellation. You can also see Joseph Cox, ahead of Panama, who did not meet expectations and did a bit of rice.

Among the needs of 2019, there are two centers, the left, the two ends and the attacker. The second Fox Cup tournament in Bogotá and the Popayán City Cup will be the first blank events.

The Authority also confirmed that the professional staff will continue to prepare for the next season until December 9, when the holiday season begins. Works will be one day in the morning.