27 people died on the road during the holiday bridge | Colombia 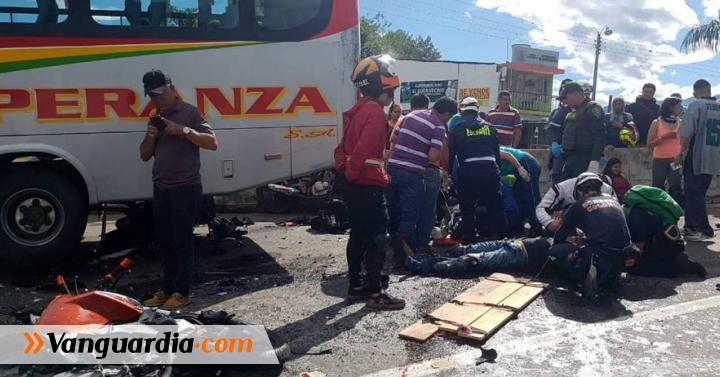 Similarly, these accidents left 479 injured, of which there are several minors who are over speeding, which is the main reason why claims arise and drunk in the country.

Salamanca indicated that more than half of the people who lost their lives due to an accident were motorcyclists. "So far, 20 children under the age of 10 have died because their parents decided to take them on motorcycles and overcrowded. This innocent practice has left us to more than 280 children of this age in the hospital," added Ditra.

Faced with this situation, the authorities carried out several inspections on the roads of the state territory, where they have condemned many drivers who have broken the law.

This celebratory bridge is expected to transport 1,100,000 vehicles through the department. In turn, the Ministry of Transport and Mobility, which will continuously oversee a single team (PMU), will conduct various road user behavior during exit and return plans.