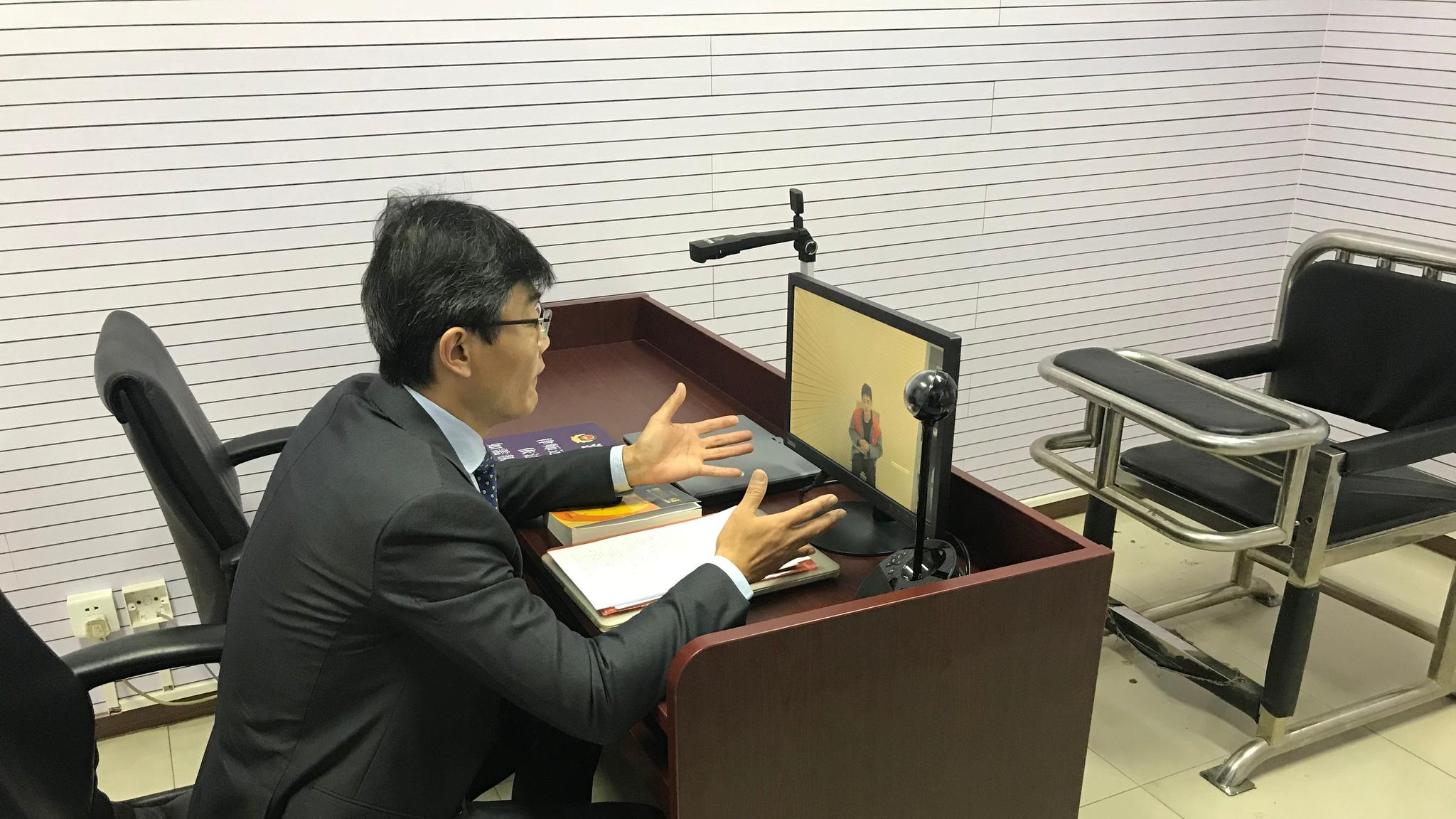 Beijing's message (rapporteur Wang Wei) is only bright in Beijing's winter days, and lawyers are waiting for the detained criminal agents to be outside the detention center. This situation has been repeatedly seen in media newspapers. It's hard to be cliché in criminal matters. Subject The problem of lawyers and parties is expected to be resolved in early 2019. The Beijing News Reporter from the Beijing Public Security Bureau learned that the Beijing Public Security Conference has set up a pilot program for high-speed meetings that will be phased in on January 1, 2019.

Attorney met at a distance. Respondents for the picture

The Beijing police tried to solve the problem quickly

"Hello, I am the lawyer of Dacheng law firm, Han Jiayi, who is entrusted to your mother to provide legal assistance …" On 10 December, Secretary-General of the National Bar Association's Criminal Law Committee and Director of the Criminal Law Commission at the Beijing Bar Association Han Jiayi, Beijing Dacheng Law Office Senior Partner, became the first defense lawyer to use the remote video interview system to meet with suspects in detention centers at the detention center.

Sang Beijing Municipal Public Security Bureau Haidian Branch Shungang Police Department Shuguang Police Station remote video interview Han Jiayi and suspects visited more than half an hour. In the past, they had to go from the city to the detention center in Sujiatun, Haidian District. The visit lasts more than two hours and the queue time is not included.

"In a meeting room using a high-resolution scanner, I will send my credentials to the jail, the parties can sign up to approve the commission, at the same time I can also choose to get a lawyer by courier." Han Jiayi said, "Get to know the experience. Very good, scientific and technological progress will undoubtedly affect and change life, and the practice of justice is also in line with time and change. Beijing police are undoubtedly using their actions to interpret the spirit of reforms that coincide with time and time. praises. "

The Beijing police said that this is the first trial attempt to set up a quick platform for lawyers and detainees between a large-scale case-handling division and a detention center to open up new opportunities for smooth communication.

During this trial, the defense lawyer interviewed a remote video on the phone. Upon appointment, the lawyer arrives on the working day after the appointment of the police. After the police check the documents and the security check, after signing the notice of the meeting, I can enter the hearing room in the video interview room and the suspects in suspicion, located far from the detention center. Two Way Video Voice Doorphone and Remote Video Conversation with High Definition Imaging. During the meeting, the police station will turn off recording and monitoring equipment and will not be present. This video attorney's video interview at the nearest police station can completely interrupt geographical constraints and save time, which will significantly improve the efficiency of lawyers' work and effectively protect the rights and interests of detainees.

Wu Wei, Deputy Head of the Substitute Liaison Officer of Public Security Bureau of the Beijing Municipal Public Administration, introduced the features of this mechanism: the lawyer's remote meeting was based on a video dialogue system in the police headquarters in order to realize a remote high definition image and reliable voice transmission in real time. At the same time a special lawyer was created. And the hosting police regime automatically excludes supervision and creates an interview record. Next, we will continue to improve the testing facility and gradually add the mobile app app reservation method. On January 1, 2019, we will gradually improve the remote video system in the city. 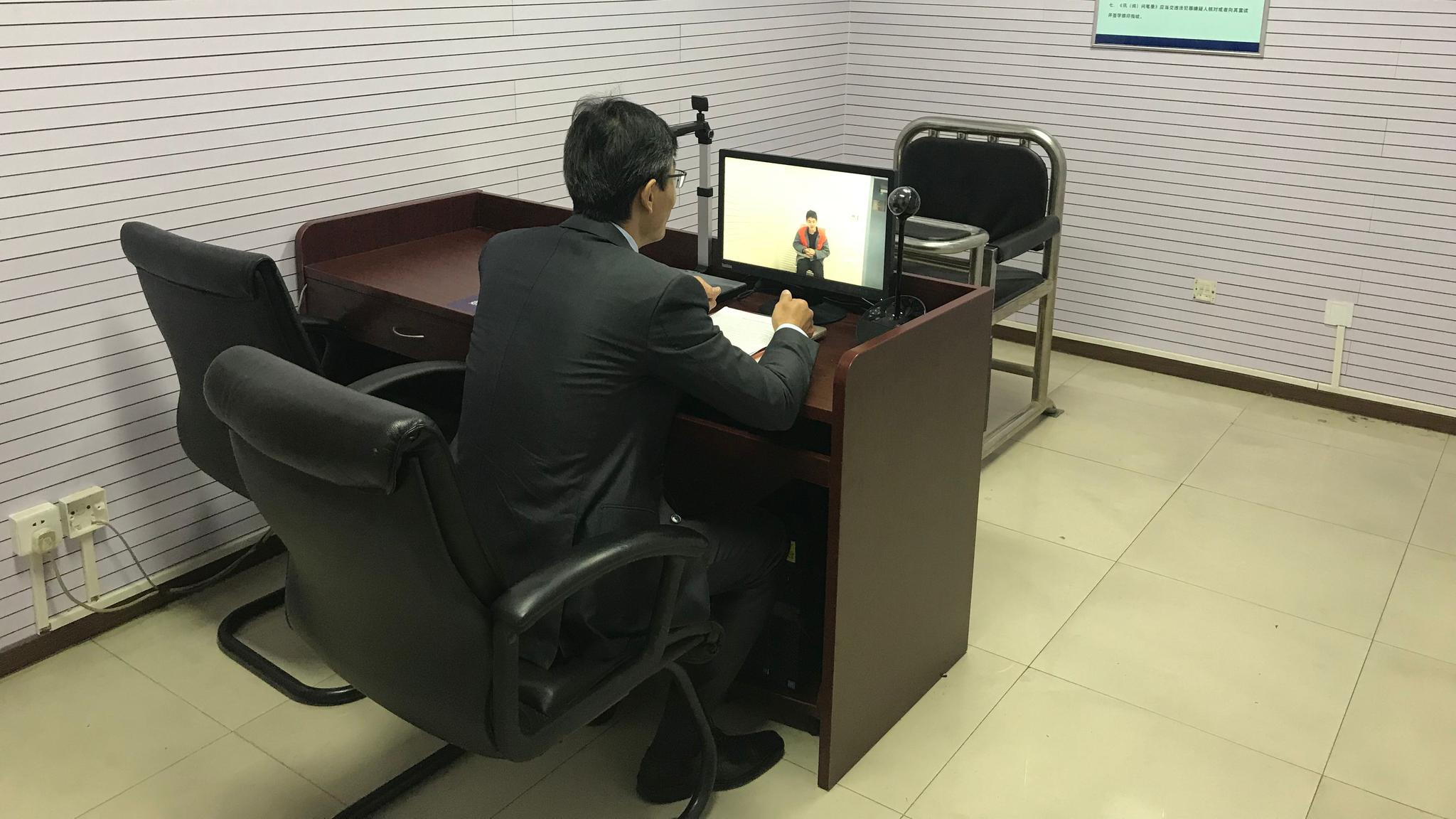 Attorney met at a distance. Respondents for the picture

Attorneys are calling for "activating communication rights" to change the meeting

On August 8, following a heavy rain in Beijing, a lawyer held a briefcase and took pictures of the imprisonment center with waist deep water. Photographs were forwarded by the legal network, local law associations and other WeChat State Reports. The lawyer's topic was repeatedly received. Social problem. 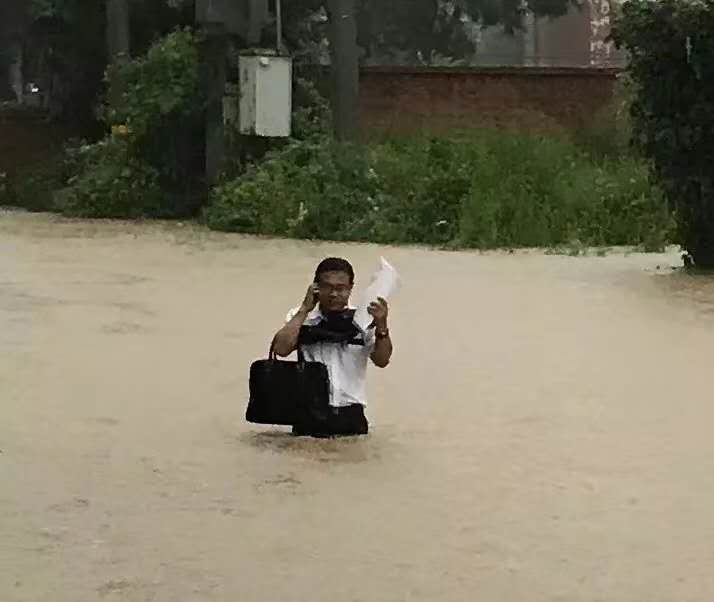 The lawyer used his waist and deep water to meet with the detention center. Profile picture

Han Jiayi believes that the lawyer's meeting is based on the fact that the rights of communication linked by lawyers can not function effectively. In response to this question, he called on all sections of the public to pay close attention to the "right to communicate" lawyers explicitly set out in the Criminal Procedure Law and, at the same time, to activate this right to remove lawyers. Han Jiayi's proposal for communication law received a response from the Beijing police.

Both the 1997 and 2012 Criminal Proceedings law clearly stipulated that lawyers should have the right to communicate. But in practice this right is "forgotten". From the end of 2016 to the summer of 2017, Han Jiayi issued a questionnaire for lawyers from all provinces and cities in China for the right to contact lawyers. The results showed that the right to contact lawyers was generally not implemented. In some places, not only mail, telephone, mail, voice, video, it was prohibited to write and write postcards that can not be received and delivered. 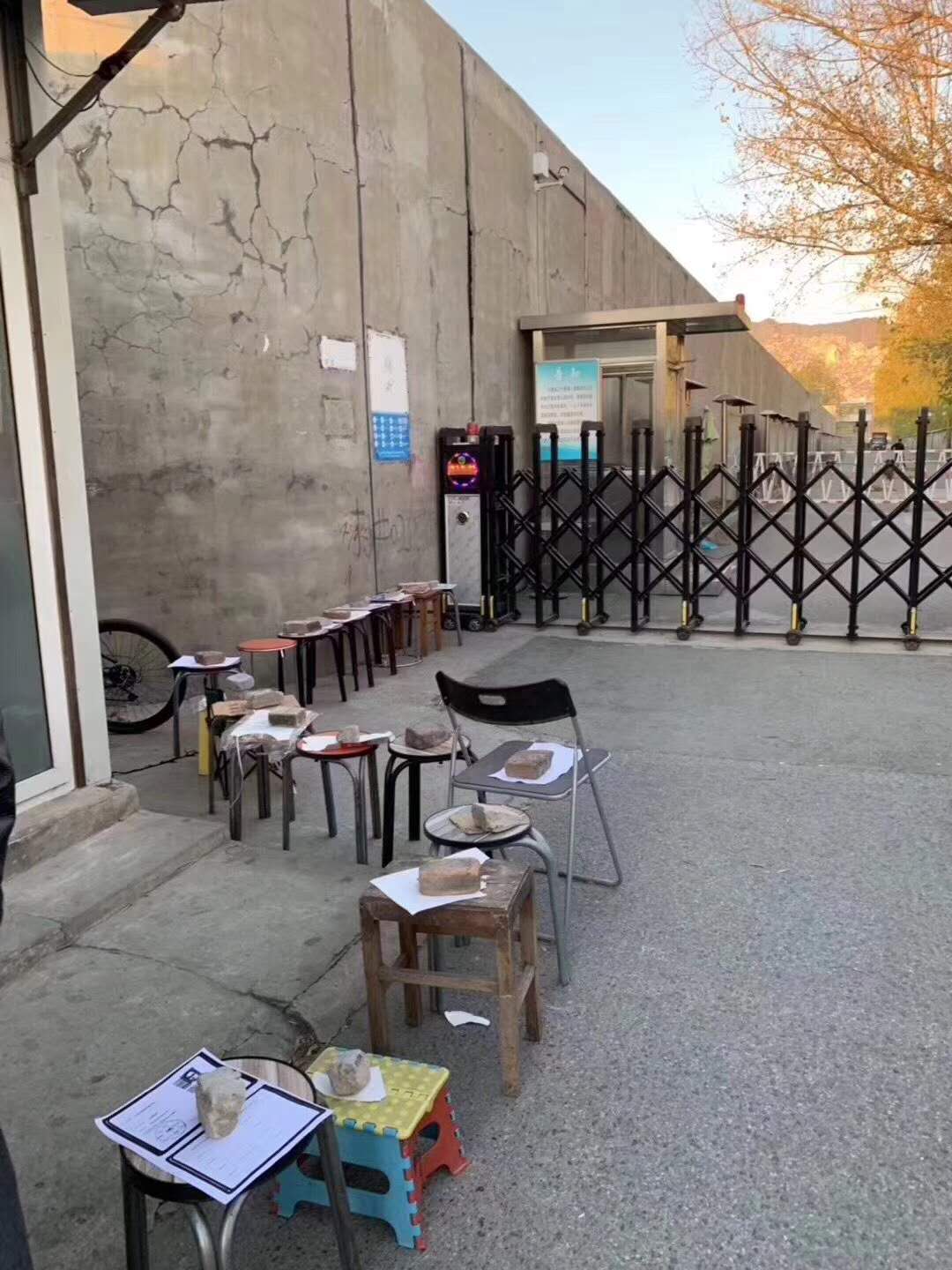 Attorneys outside the detention center came to the meeting. Profile picture

"The development of science and technology, video meetings, telephone conversations, etc. will be the inevitable result of technological progress that will lead to the progress of judicial methods and courts." Han Jiayi said that in court practice, both law enforcement departments use video to testify and video. Techniques such as telecommunications have been tried. However, nobody mentioned it as soon as he met lawyers in the field. Basically, the reason why lawyers can meet and communicate with the parties is that lawyers can meet and talk with the parties, because they have the right to defend themselves. This is also a prerequisite for ensuring equal rights for both parties in criminal matters.