Tragedy in Chile: An accident in Ancud leaves five people in the state 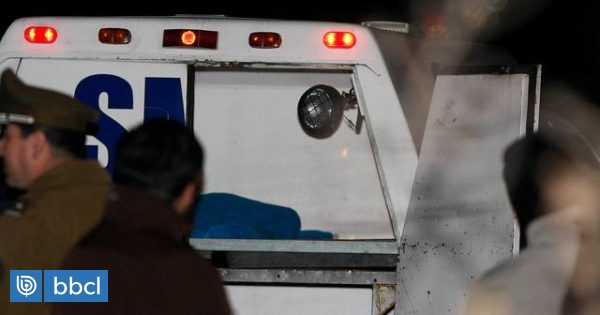 The traffic accident that occurred on Sunday evening in the municipality of Ancud in Chilean province, Los Lagos region, remained Five people killed.

According to Carabineros, four people died at the accident site and the fifth person was transferred to San Carlos de Ancud Hospitalwhere he subsequently lost his life after serious injuries.

Preliminary information provided by the police indicates that two women and three men would be victims.

State Ministry has ordered Traffic Accident Investigation Unit The Castro City of Carabineros (SIAT) is set up to identify the causes of the tragic event.

In parallel, there was another vehicle crash that occurred on Sunday evening at Ruta 5 Sur Palomar, which connects Ancud with Castro.

This second accident resulted in at least five injuries reported by the SAMU.