Pablo Mouche: I decided to go to Colo Colo to continue my work 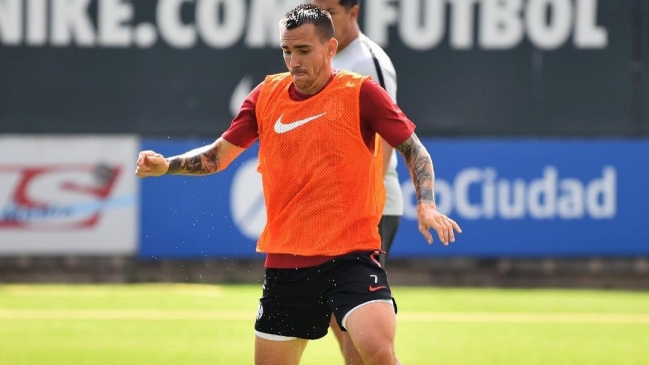 Argentine striker Pablo Mouche sure they decided to subscribe Colo Colo "about sports" and about "is continuity"after being informed that it was not San Lorenzo de Almagro this season.

In this regard, talk to Fox Sports about his departure from "Cyclone" that "I am calm, I tried to continue working and add, continue my studies as always, because I am a very professional, and try to show the technician that he is wrong. "

"The fasteners continued, I saw more and more the opportunity to be eleven and I was offered a very nice option like Colo Colo directly at the end of the market (passes). I saw him with very good eyes to leave ", he added.

Mouche, in turn, was grateful for the "crow" technician, Jorge Almirónas well as his board, stating that "I have nothing to say about San Lorenzo's leadership, he was very good at me, he always trusted me, they appreciate what I am as a player and as a professional. but the decision to set up a team is a coach. They have nothing to do with it. "

In the same row, former Boka Juniors said that "in many cases you can think differently, but the decision of who is playing and who is not a coach, the player decides whether he wants to compete, wait and be patient. I was ready to do this, but the truth is that this opportunity, which was also a surprise because I did not expect it, was very positive for me. "

"I decided it more than something sporty, to make the family change the air, be in a beautiful city to be calm and I can continue the continuity that I had a year and a half ago. Continue on this road and try to do the best for Colo Colo, ”he said.

"I have not decided with ALMIRON"#FSRadioSur | Pablo Mouche referred to his new addition to Colo Colo.