[Minuto a Minuto]The seventh phase of the Dakar Rally in 2019, which takes place in San Juan de Marcona 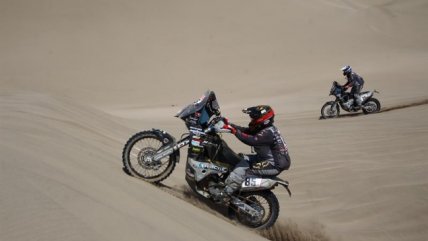 13:52| Ricky Brabec is approved as new driver for motorcycles; Quintanilla is fifth

13:26| Quintanilla loses ground again and falls to the eleventh position in the penultimate control point

13:05| Peterhansel counters and in the seventh stage take the lead in cars

12:57| At Fifth Control Point #Motos # Dakar2019 Quintanilla is on foot and reaches sixth

11:11| Ricky Brabec escapes from motorcycles. The American score is in the seventh stage. Currently, Quintanilla continues to lead the general

10:31| The seventh stage was delayed by half an hour due to fog.

10:18| In minutes, Quintanilla returns to fourth in WP2. While four-wheelers are already in the race.

9:59| This Monday, the seventh stage of the Dakar Rally takes place with a trip that takes place entirely in San Juan de Marcona.