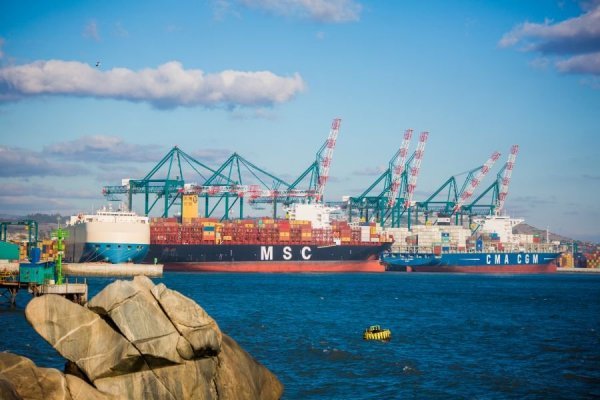 DP World, a company born in Dubai in 1972, has had a strong expansion. Last year, he has managed to get a number of ports in different parts of the world, although he has been particularly focused on South America and India.

The newly concluded year has been the main port of the Dubai port logistics operator, DP World, who announced a takeover bid on Saturday evening to save 100% of the port and logistics with the agreement of the Matte Group. 71% of the owner of this business. Although it is not clear what the Angelini group will do, which owns 23% of the company, it will probably also be part of it, as in 2017 they tried to do so.

The special thing for the Arab company in 2018 is that it triggered a new phase in its growth, with particular emphasis on India, Europe, and other parts of the world.

According to the company's presentation, the company has deployed a strategy for a local operator in Dubai since 1972 to become a regional player (1994 to 2004) and, since 2005, a strong goal of becoming a global player.

Today, the company is one of the five largest port operators in the world, with an estimated market share of 9.2% depending on the volume of freight traffic in 2017. Hutchinson Port Holdings (11%), APM Terminals (10.2%) and PSA International (9.9%), according to their corporate presentation.

Today, DP World manages 78 terminals on five continents and has eight new events and extensions. The company has said it is targeting expansion in developing countries. Thus, it has been active in countries such as India, but also in Peru, Ecuador and Brazil.

For example, between 2013 and 2017, it consolidated 100% of the Port of Santos in Brazil and was awarded a 50-year concession in a multifunctional port project in Posor, Ecuador, where US investments are taken into account in the first phase. $ 500 million, and it will be ready in the next 24 months.

Peru has one of them in Puerto del Callao, and in March last year they bought a marine and logistics company to complement their offer, and also had a 50% presence in Paito port, the second terminal of national importance.

In the first half of 2018, its revenue was $ 2,626 million, up 14.4% over the same period in 2017. Its adjusted Ebitda was $ 1,322 million, which explains why the company said it would finance an operation that you will see that Chile will receive resources from its balance sheet.

Its debt level is 2.9 times higher than net debt against adjusted Ebitda. In 2018, it was planning to invest approximately $ 1,400 million.