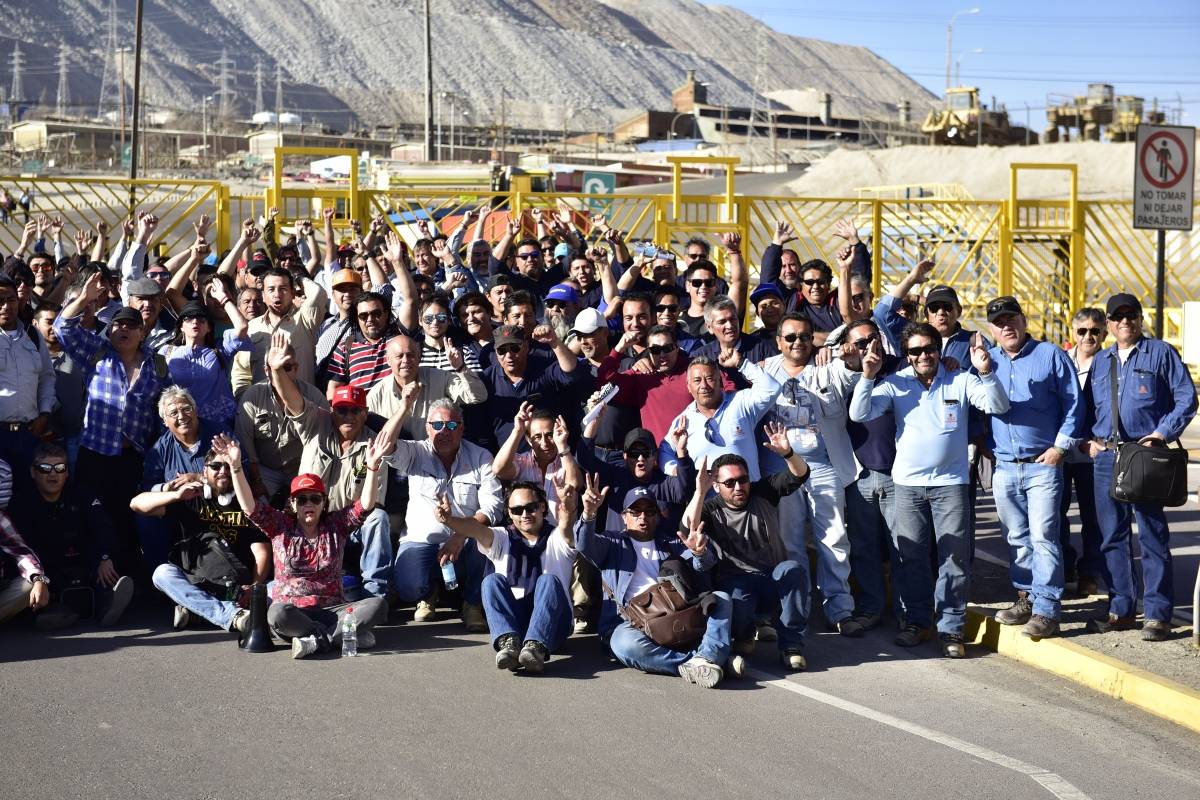 The Codelco Chuquicamata division is completely paralyzed after mobilization by trade unions 1, 2 and 3, which merely bring together more than 5,000 employees who demand that the current administration terminate the contract and threaten the union's trade union breach.

Liliana Uguarte, union no. The two presidents confirmed that all doors of the Codelco facility were blocked, a situation which first led to workers and then remains in the hands of the administration in the hands of the barriers, the leader of the union

"We do not know what the intent is, all people are going down, we have more than a hundred, two hundred and three hundred workers going down either between the citizens of Codelco and third parties, it's the people's caravan driving," detailed Ugarte .

Regarding work, explained the union presidential number 2, there were some plants that operate under supervision, but this situation is gradually decreasing to total paralysis.

"Now all people are evacuated, where turns six can not get in. Most of the tournament B was not included. They stayed working with some people for a few more hours," Liliana Ugarte told Aton Chile.

The driver was affected by various breaches of collective bargaining in the field of health, in particular, for which the administration had a zero response to the abandonment of work that would occur when moving to an underground job

"In the last round of collective bargaining, we agreed with the company that the two sides would turn into a disguise. This is not the case: the administration encourages transformation into" blood and fire ", endangering workers, and there is a terrorist atmosphere," said a workers' representative.

As far as the workers' retirement plan is concerned, the company, as he said, does not offer any health care. It is worth mentioning that it is estimated that there will be a surplus of about 1700 workers in the near future, with 946 available posts.

"Most people get sick, we do not really care about it, and it's not there," he said.

Another issue is that the current administration of Codelco Chuquicamata wants to untie workers who go to underground mines, and then they will be re-destroyed with less advantages than they are currently.

Liliana Ugarte pointed out that today Codelco is an important day as the smelting of the concentrate will end.

"The administration says it will be three months, but we think it will be much more, this time they will sell only concentrate and this is a huge loss for Codelco and the Chilean state." We are not a company that sells concentrate, but what's the added value of the profit that Codelco has, "he said.

At the moment Ugarte has warned that the paralysis will continue until Chuquicamata's department's leadership is spoken.