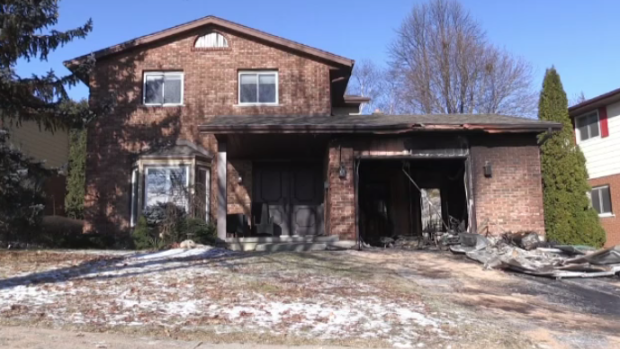 The police say the fire that emerged at the Kitchener's home garage is not considered suspicious.

The firefighters were called Morrison Road, in the Chopop Mountains area, around 9am.

There were three people at home during the fire.

They didn't even know about the flames until the smoke began to drift into the house.

All three escaped but were taken to a local hospital for precaution.