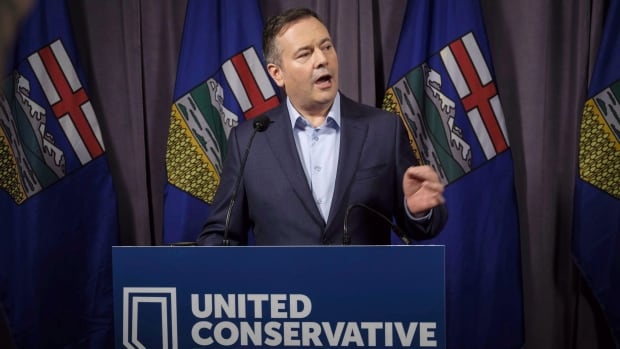 Former Albert MLA has left the local United Conservative Council and does not intend to re-establish his party by referring to what he says is a retreat from the party's local program over the last six months.

"There seems to be a lot of corruption and spin-offs, and there is basically a fear if you are sitting down looking at something and you allow it, you're just as bad as it is," Ian Donovan told CBC News criticizing the nomination process .

On Friday, Donovan sent his colleagues to Cardston-Siksika UCP board members to let them know about their intention to give up and wish them the best.

He said he had heard his e-mail back from his fellow volunteers, but not from the UCP management.

Donovan said he was worried about what he thought of "top-down" rather than "local" decisions taken by leader Jason Kenney.

Donovan was a member of the MLA Wildrose party, representing a small forerunner from 2012 to 2014 when he left the leadership to sit as a progressive conservative. The following year he lost his re-election and was an early supporter of UCP. He is also a former Vulcan County Advisor.

UCP says "voters made their decision"

UCP Communications Director Matt Solberg stated in his email that the party rejected the idea that UCP members in Cardston-Siksik were at risk, given that 3500 votes had been cast in the nomination.

"Voting participants decided on Donovan during the crossing of the floor and the 2015 elections. Albertan is ready to move beyond the past," he said in a reading, adding that Donovan's membership ended in 2018 and that he had not attended the board since the nomination.

"I just want to make sure that no matter what the MLA will choose, especially in our riding, they will have a voice at the table," said Donovan.

"And I'm not sure the local MLA will have a voice, or it will be more so about what to do and what affects me quite a bit."

"Name with Calling and Fear"

Donovan said he always feels it is important to represent the electorate, the second party, especially because he faces negative political discourse and "tries time" in the province.

"I think even some of the notes and emails that the UCP sends out have a very negative tone and I don't think it is what Albertan expects. I think they expect people to get up and be adults and make the right decisions, and you know, not by name and fear, ”he said.

"I just hope some more people will get up, who are UCP members, and let the manager and party know they're not happy with the dictatorship-like controls that are happening right now."