De La Hoya To White: Let's Get The Ring on Cinco De Mayo! 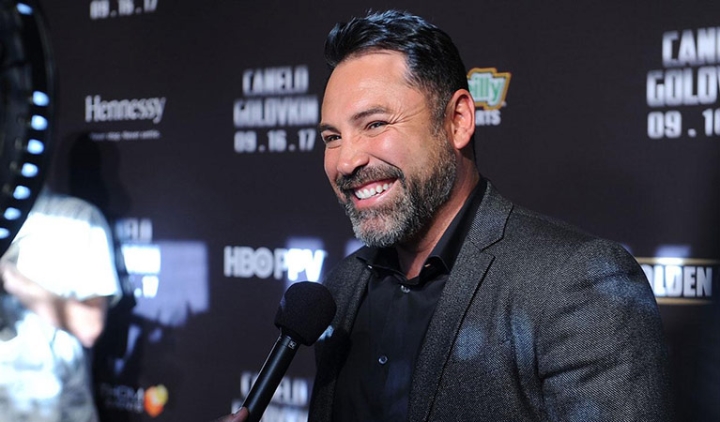 Oscar De La Hoya, CEO of Golden Boy Promotions, has come to the next level in his rivalry with UFC president Dana White.

Their beef was produced, as White with Showtime participated in the August 2017 pay-per-view with Floyd Mayweather and UFC superstar Conor McGregor.

De La Hoya criticized the soldiers and called for a boycott to fans who forced Balto to block.

Their rivalry has warmed up over the past weeks when De La Hoya posted the first Gold Boy MMA pay-per-view event led by a trilogy between UFC Hall of Famers Chuck Liddell and Tito Ortiz.

De La Hoya plans to continue to play MMA – because he feels White and UFC does not pay MMA fighters properly.

White was caught again in a recent interview and challenged De La Hoya to lead a debate on live television.

"And the guy is an absolute liar, listen, we can sit and we can do it on television, we can move forward. We can also take medicine tests if he wants it. I'm ready to go Let's go, Oscar You're an idiot, let's do it, idiot. Come to any exhibition you want, and I want to hear that you are stumbling and abandoning and dumb.

But De La Hoya has improved ante-challenging White to settle things in a ring.

The "golden guy" appeared on a new level challenging White to a real fight. He even took a white skin, supposedly using steroids:

"Let's get in a ring," De La Hoya announced The The Luke Thomas Show on SiriusXM (using MMAjunkie).

"In three rounds, we do it, let's do it in the Alvarez undercard, Cinco de Mayo. I'll give you even five months to get out of the juice, and then we can get a great shape, and then we go in three rounds. Look, I'm going to give you what, the 50 pound advantage? Well, I can take you away. Let's do it. "