Alaska's disappearing ice threatens to destroy crops – even our own. | Victoria Herrmann | Opinion 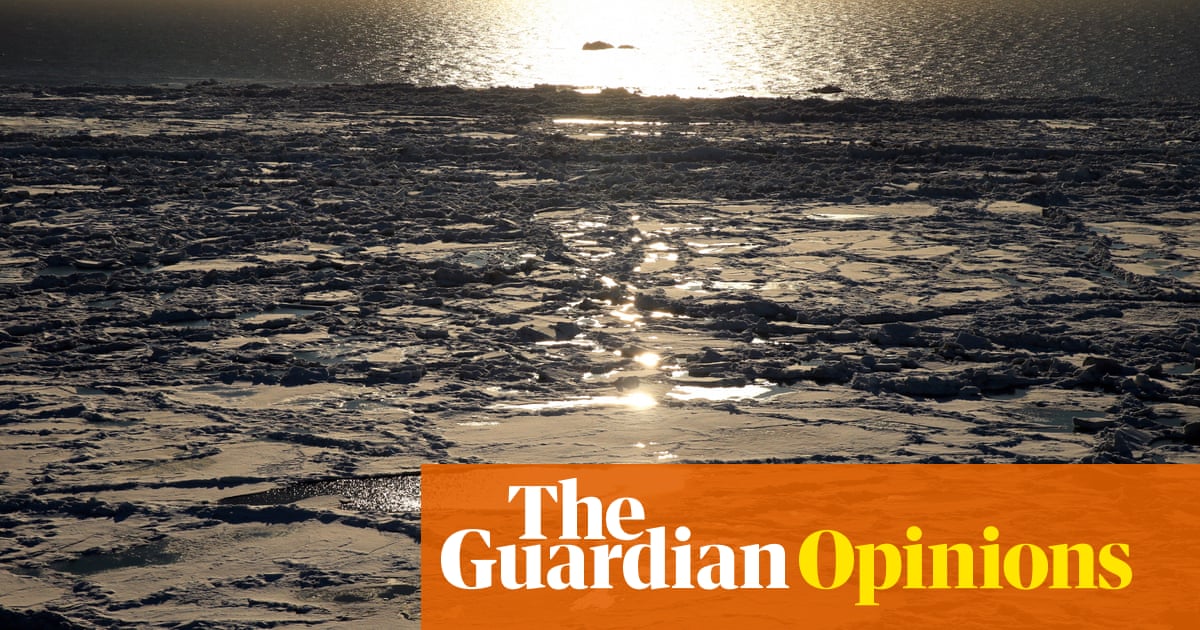 The 2018 Arctic Report Card is a line in which I continue to come back.

Released this week by the National Oceanic and Atmospheric Administration, it notes with alarm the record low of almost the entire ice season in the Bering Sea.

The line brings me to a sunny midnight morning in Tulsa's hometown of Alaska.

I stand with Mayor Blanche Obanoke-Garnie, just above the Cape Coast. I traveled about 4,000 miles north as National Geographic Explorer to listen and learn how the Americans reacted to the dynamic and dangerous changes along our coast when sea levels rose.

When we looked at the wider sea, Blanche explained that the ice and the protection that was always on Teleer.

Teller sits on the north-western edge of the North American continent. A remote city, home to some 230 inhabitants of Ipupia, is built on a gravel spill that flows through the Bering Strait. Sea ice is decisive for the survival of the village, surrounded by water on three sides.

As the autumn begins in normal times, the Bering Sea coast begins to form downhill. It serves as a coastal extension, providing a thick buffer to protect coastal villages such as Teller from strong seasonal storms.

But climate change has introduced a new, dangerous normal.

Alaska is warming up to twice the global average. And, as the air and sea temperature reaches record highs, sea ice is much thinner and much later in the year. According to the Arctic Report, during the winter of 2017 and 2018, when the ice accumulated historically, the Bering Sea lost the ice-beet of the size of the Idaho.

With no ice, Teller does not have the natural protection from ever-increasing storm recessions flowing every year on city streets and in the sewage system. The US Army Corps has identified Teller as one of the most severely threatened villages in Alaska from this flood. It is one of the 12 communities currently seeking relocation away from the coast, further from inland to higher, dry land.

The Blanche sea ice loss is more than a scientific indicator of long-term Arctic warming. It reflects the everyday risk of losing places, history and traditions that determine Teller as a centuries-strong Native community.

But while Teleer's fate is closely linked to the fate of sea ice, it is not the only company that is facing the unprecedented melting of the Arctic. The size of the sea ice in the Arctic affects the safety of Americans in Alabama and Arizona, just like in Alaska.

The sea ice in the polar regions helps to change the global climate by reflecting solar radiation back into space. But, as more ice is lost every season, the ocean absorbs more heat, thus jeopardizing the Arctic's ability to save the environment. And in the face of greater global warming, more of a storm comes over our shared world.

Today, 96% of Americans live in areas that have been hit by major disasters over the past five years.

Whether you call home in the corner of this country, whether it is the shores, mountains, Great Lakes or the Great Plain, climate change already causes billions of dollars in losses and irreplaceable cultural losses.

The Arctic report map documents the severe warming of the Arctic's oldest glacier and a 95% loss not only pushing the region out of sight. It attracts the whole world for "an unprecedented transition in human history." The loss of the Arctic ice will change our common planet at an extraordinary and life-threatening speed.

For me, the loss of the Bering Sea ice indicated on the Arctic Report map poses a threat to the loss of space, history and traditions that determine communities across America – not just Alaska.