Under the leadership of BDZ, scandals and resignations arose 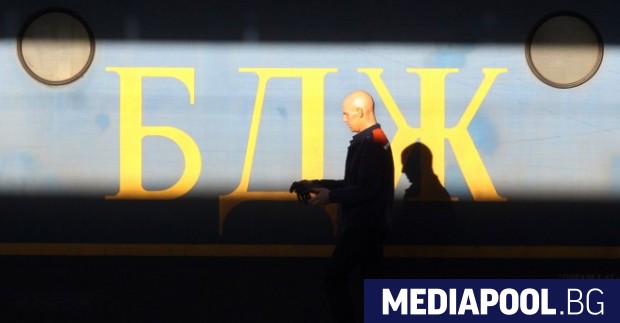 The scandal on regulated orders and internal intrigue with the message "SANS" was intercepted by the national railway management, whose bosses resigned at the request of Transport Minister Rossen Željazkova. This is the first big hand since he came from Ivaylo Moskovski.

Zheyazkov gave a press conference on Wednesday afternoon, a few hours after the offnews.bg site, often released from the BDZ kitchen, announced resignation.

So far, the fate of the three-member council is still unclear – Chairman Velik Zanchev, Chief Executive Vladimir Vladimirov and Finance Director Philip Aleksiev. The choice of the Ministry of Transport is to accept all or only part of the resignation of the driver. Zhelyazkov said he will announce his decision next week. So far the names have not been discussed, Zheyazkov said.

Report SANS behind the minister

The formal reason for the request for resignation is the report to the National Security Agency (SANS), conducted by the Executive Director Vladimir Vladimirov.

The informal motive was the public procurement of new trains (BGN 675 million) and locomotive repairs (about 200 million lev). Almost all public contracts are being appealed for a variety of reasons, mainly because of discriminatory conditions. The new train auction even stopped the CPC, following Siemens, Škoda and the Chinese CRRC complaints.

The former Minister of Transport Ivaylo Moskovski had approached branch companies for repairing locomotives and wagons. He called for an internal audit of the ministry, but so far she has no official information about what she has shown.

At the same time, the state pours around 170 million BGN "Bottom" BDZ this year. The funds were made to repay liabilities to second bond lenders and the German financial institution KfW. According to the Holding BDZ financial statements, at the end of September 2018, rail debts amounted to 374 million leva. However, national railways continue to accumulate losses, mainly due to the inefficiency of freight transport and the reduction in passenger numbers, which can be explained by the demographic disaster.

BSP periodically attacks BDZ railways – bad locomotive repairs, ordered orders, etc. The prosecutor's office decided to check what happens at one of the holding companies at the beginning of the year after the broadcast message. Since then, there is no information about what the investigators have identified.

After his inauguration in September, the new transport minister Rossens Zhelyazkov announced two priorities – the railways and the Sofia airport concession.

"I can not say I'm satisfied with the BDZ manager, because I have not talked to him yet. But I'll talk to the management team. I will not talk about staff changes now." In 2009, the BDZ was 900 million "We are going to work on modernization" Zhejazkov said that he was waiting for the decisions of their competent authorities – the Competition Commission and the Court – to question suspicious auctions. Now Zeljakov is silent, and his public speeches are minimal.

Mediapool sources reported that Zelakova had promised a meeting with BDZ leadership. The drivers explained that everything on the farm is good – there is no problem in the timetable for trains, locomotives and wagons are in the upcoming winter season and so on. Their work was hampered by uninterrupted publications.

Shortly after the meeting, Vladimir Vladimirov, Chief Executive Officer of Holding BDZ, sent a report to SANS on violations of national railways.

Vladimirov claims he has sent it, and his chief is Transport Minister Rossen Zhelezakov. However, the agency claims that it has not been received.

Moreover, the next day after the signal is submitted to SANS Vladimir Vladimirov is on vacation and can not be found, sources of Mediapool claim. In their opinion, it was terrible Jeliazkov and he demanded the resignation of the head.

This happened on Wednesday's board meeting. Zeljazkova's request was rejected under the leadership of the farm with his deputy Veliko Zanchev. He is also Deputy Minister of Transport and Chairman of the Holding BDZ Board.

According to offnews.bg, three signed signatures on their requests to leave, but as the board meeting ended on Wednesday, they did not submit them to the Ministry of Transport. That's why it was done on Thursday.

Was this article helpful to you?

We will be glad if you support Mediapool.bg so that you can continue to rely on independent, professional and honest information and analytical media.

Subscribe to the most important news, analyzes and comments on the day's events. A newsletter is sent to your email address every day at. 18:00