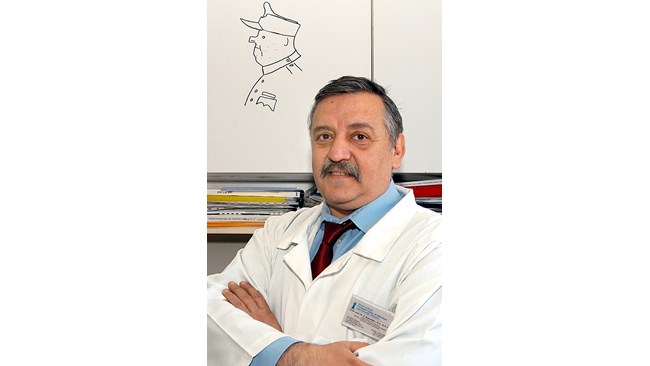 However, the risk of infection and complications persists. More nervous system inflammations have been reported this year

The peak of the flu has passed and patients are now 25% less. Last week, infected people reached 142 thousand

there is still danger

epidemic in the country

There was a moment Professor Todor Kantardjiev, Director of the National Center for Infectious and Parasitic Diseases (NCIPD) and National Microbiology Consultant.

In most people, flu takes 5-10 days to stay at home, taking a lot of fluids, but also with medicines to prevent temperature and analgesics. The incubation period is between one and seven days. Ill people can become infected five more days after the first symptoms of the flu. Flu,

to Take An Antivirus |

After the fifth day, this medicine doesn't work, the professor explained. In rare cases, a critical state of complications arises. This week, two positive encephalitis results are received every day in the National Reference Laboratory for influenza and acute respiratory diseases. This year, compared to others, there is a lot of inflammation of the nervous system, and now the number of patients is relatively small, the professor explained.

The influenza epidemic in Burgas was abolished on Friday after a significant reduction in acute respiratory disease. According to RHI data for the last 4 days from -27 to January 31, cases were 225 to 10,000, 370 for the same period of the previous week. According to the Health Check projections, the epidemic is expected to decline until the end of this period.

From 8 to 19% of students were not present in different municipalities. The total for the Burgas region is 11, and it has already been half the beginning of the epidemic.

With its abolition, all influenza-like measures in the region fell, but the lung hospital said it would continue to restrict visits until the situation is fully normalized. The influenza regional headquarters has enabled hospitals to treat patients with complications to maintain their discretion.

The influenza epidemic in Kardzhali region has been abolished since Saturday.

One day Monday is a long-lasting flu vacation in Stara Zagora and Sliven. So she merges with the middle class and the kids are in school on Wednesday, February 6th. Then Sofia's student holidays end.