Mestdagh faces a deal: 340 job cuts but no closing of stores 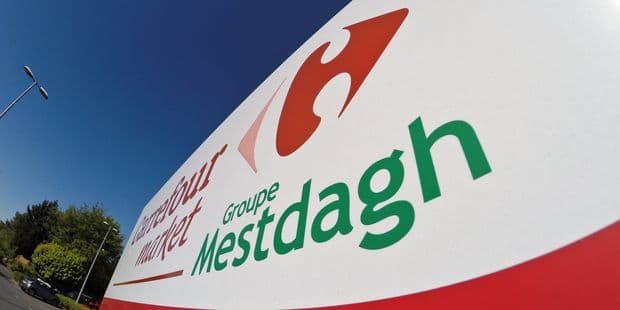 The leaders and trade unions were debated on Wednesday and could end on Thursday evening.

We are moving to the closure of the current Renault procedure in the Mestdagh brand. A group in Gosselies's financial trouble will be restructured by losing 340 jobs, but not closing stores. After several months of talks – emalhed from some general strike actions when they came to a dead end and the social conciliator at the end of October intervention, management and trade unions had to reach a final agreement on Thursday, leading the Christian community.

Both sides met on Wednesday afternoon and planned to meet again on Thursday. "hoping to finish the discussion", announces Danny Dubois, a permanent CNE.

The meeting was held to review the texts prepared by the management that asks for recognition of the status of a restructuring company in order to receive a retirement pension scheme (RCC) from the federal employment minister for older workers of 56 years and over. The Mestdagh social plan is largely based on the RCC at the age of 56, which will be accompanied by voluntary deviations, if necessary. And we have to act swiftly to implement these documents, as the government has amended the laws on RCC and stricter access conditions. From 2019, the lowest starting age will be 59 years.

The departure of the Mestdagh staff will take place in three waves: March, June and September. At the same time, versatility will be implemented at work. This leadership requirement was tense for trade unions, because they wanted it to be properly organized. They have received training in this new organization of work and the stability of staff schedules. "On the other hand, we have not yet agreed on financial compensation, the multilateral premium, and this is a problem", says Danny Dubois.

In the future, 52 Mestdagh supermarkets, which operate on their own, can volunteer for employees on Sundays. Also for drivers, but with one exception a priori. "In stores where no manager wants to open on Sunday, the management wants them to do it one by one, each in succession and with compensation"says a permanent Christian union.

It stays "unresolved issues" and work on Thursday. If the meeting has a positive conclusion, the next meetings will be used to sign a social agreement, collective agreement and RCC application.

Mestdagh Group plans to invest EUR 21.2 million in resuscitation of supermarkets. The brand plans to focus on fresh, local and organic products, to tailor its canteens and bakery units "to better meet changing demand". Finally, attention will also be paid to digital distribution.