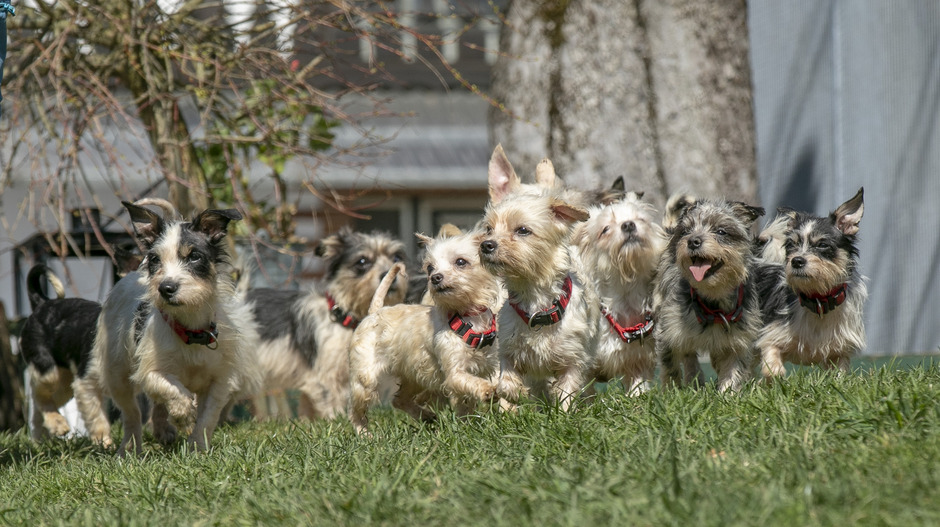 Peuerbach, Salzburg – Support Animal Support Farm Aiderbichl has discovered 68 completely neglected dogs in Upper Austria's Peuerbach two and a half weeks before the Grieskirchen district. The family apparently was overwhelmed by the attitude of the small mongrelo dogs. The four-legged animals were partially dehydrated, poorly maintained, and completely docked. At the same time, all veterinarians took care of them.

Gut Aiderbichl had become aware of violations of the official veterinarian two and a half weeks ago, said Aiderbichla CEO Dieter Ehrengruber on Tuesday's APA. It was about 30 neglected dogs. When the first assistants arrived, the family would have denied them access. Even with a look through the crack door they realized it was a bad case of animal accumulation. There were to be recognized from 15 to 20 fenced small dogs from the top down, whose original coat was barely detectable.

"They lived with their owners without access to the outdoor poor house. And first of all, there was an unbearable smell," said Tiergnadenhof.

Fixed stools could hardly be removed

These were the hybrids of Chihuahua and Shih Tzu. Some dogs had no eyes, the nails were too long and fragile. Some animals were dehydrated and humiliated. The deep fur stools could not be removed by the first bath. "Indeed, the surprising thing about her behavior was that dogs literally stacked one another – of course, the lack of space in the previous house," said Anita Hartner, the animal rescuer. And some dogs could only act as wooden feet because the workouts were not enough.

However, it turned out that 30 dogs were just part of it. Gradually, 38 more dogs and a cat were removed from the house. All are now temporarily on Good Aiderbichl Maria Schmolln (Braunau District). "All the animals were cared for with veterinary care, vaccinated and castrated," says Ehrengruber. "We had to buy a dog and some are still in mortal danger. But we hope we can do that." Ehrengruber suspects that dogs have grown with incest to this large number.

The cost of the veterinary surgeon and first aid to the Executive Director was 30,000 to 40,000 euros. "What we are particularly pleased about is that small dogs at the same time overcome the meadow." Since Gut Aiderbichl has no place for so many dogs in the long run, they should be given later. "They are very nice and definitely ideal for family dogs," says Ehrengruber. (APA)