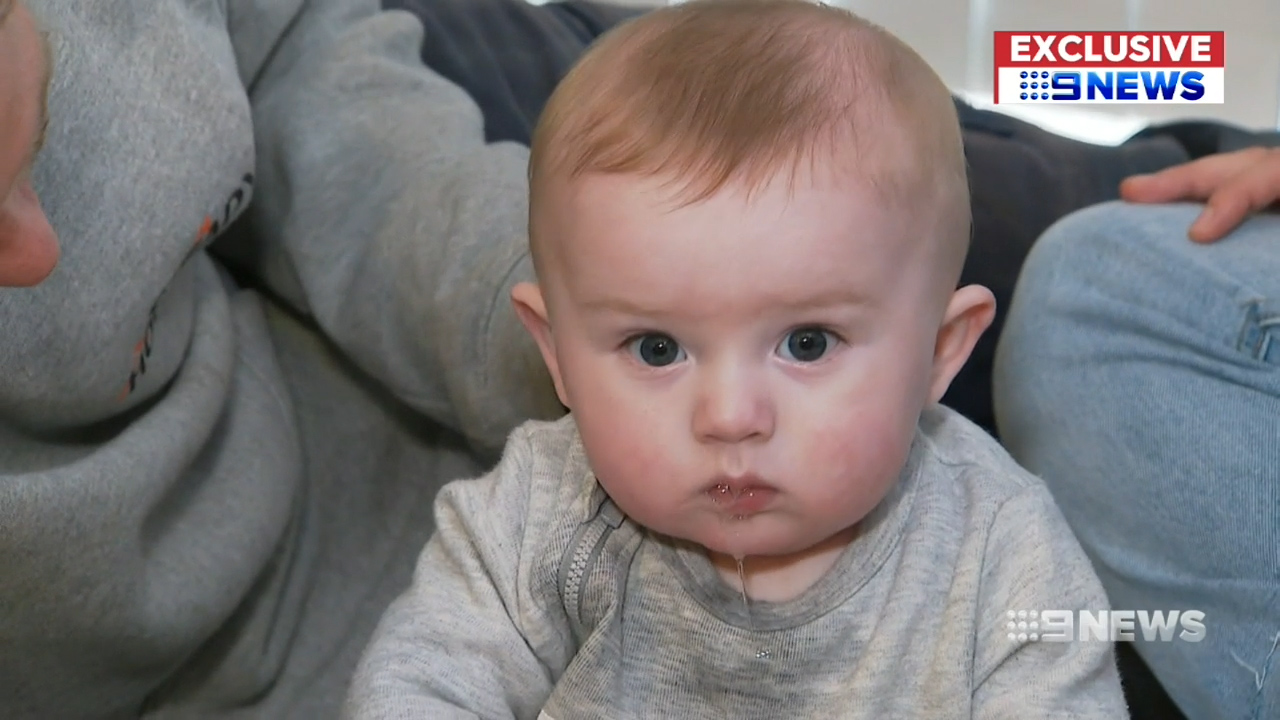 The parents of a baby boy struck down by meningococcal have a say in their fear when they learned their son had contracted the deadly disease.

Today the couple spoke to 9News about their ordeal, saying early detection saved their son's life.

Just days ago, six-month-old Oliver was fighting for his life after being struck down with Meningococcal B.

His parents first noticed something was wrong when their usually happy baby was uncharacteristically grumpy.

Within 15 minutes he had developed a rash on his stomach.

"Me and Jess, just looked at each other and it was like, right-oh, we're going to the hospital," they said.

It was there Oliver was diagnosed with Meningococcal B, an invasive and potentially deadly disease.

The parents kept a bedside vigil for almost a week while their little boy recovered.

Doctors say their quick action could potentially save his life.

"If it was an extra 15 to 20 minutes the other way, they could have ended up with a loss of limbs or you know, possibly death," Mr Wasley-Black said.

While he is now happy and healthy, Oliver is the 18th South Australian diagnosed with Meningococcal B this year.

Doctors say it's vital people immediately seek help if they suspect their child has the disease.

Oliver was not immune to the b-strain, as he was born in the Northern Territory, where it is not part of routine vaccinations.

The family is now urging other parents to protect their children by making the most of the South Australian Government's free Meningococcal B immunization program.