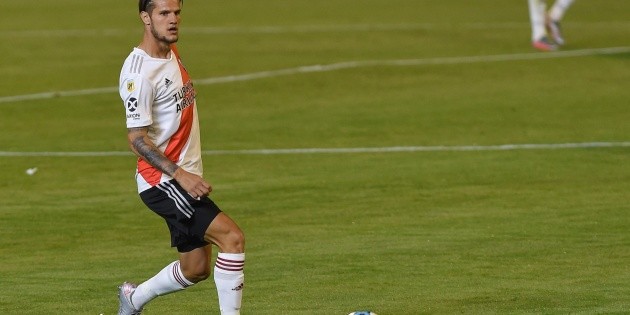 Rivers this Saturday from 9.30 pm will end the 3rd zone of the Diego Maradona Cup against Godo Cruz Libertadores de América. For this meeting, Marselo Gallardo decided to give rest to most of the starting players – In fact, some did not even concentrate – thinking about what will be the first stage of the Copa Libertadores quarter-finals against the Nacional next Thursday. This will be a great option for those players who want to add minutes to the Bag, as they will be able to show themselves.

The opening eleven will be: Enrike Bologna; Horhe Moreira, Santiago Sosa, Javier Pinola and Fabrizio Angileri; Leonardo Poncio (C), Bruno Zukulini, Jorge Karaskala and Nacho Fernández; Julián Álvarez and Lucas Pratto. Galardo once again trusts those players who are not usually starters, but who invest a lot on entering the reserve bench and who have made good presentations when it comes to playing, as is the case with Bologna, Ponzio, Carrascal and Pratto. It will also be interesting to note that Jorge Moreira continues to add minutes as he played well against Rosario Central, and in Rosario he accumulated his first official minutes since returning to the Great.

Santiago Sosa and Julian Álvaress are two young people who also have an interesting gift and who can peacefully participate in the starting eleven of any match in either the Diego Maradona Cup or the Libertadore Cup.. Before Godoy Cruz will play two of the usual titles and Javier Pinola – the one who has played the most minutes so far this half – and Nacho Fernández, who wants to return to his level. It should be noted that the millionaire is already ranked in the first position in Zone 3 and that this match will serve as a regular substitute to add minutes and confidence.