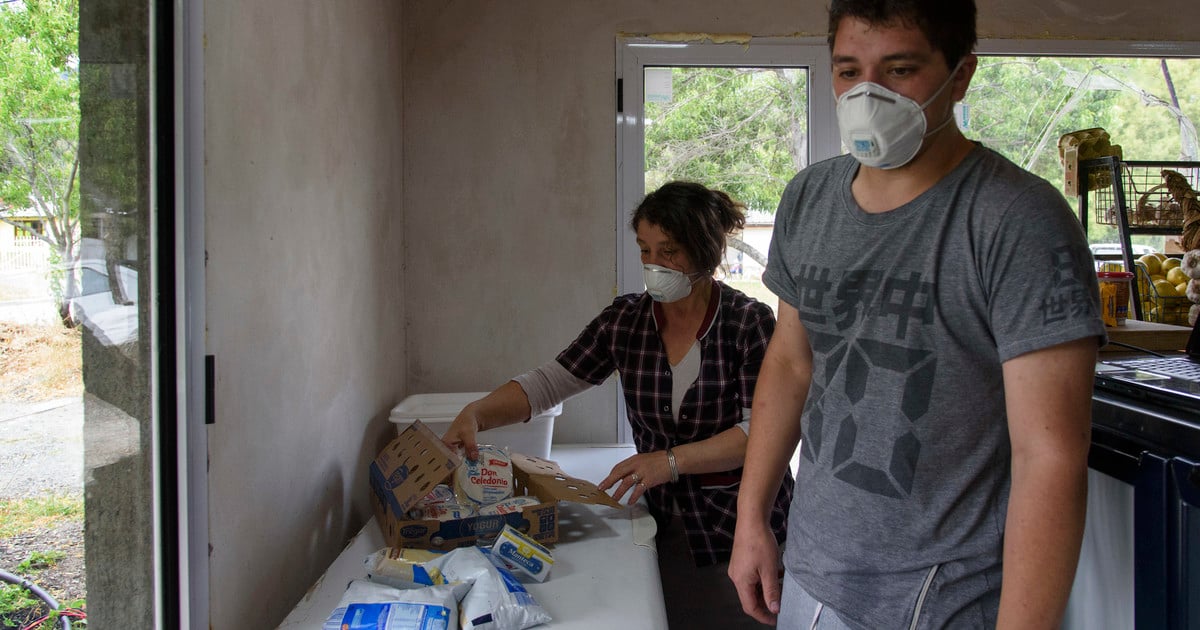 "Dr. Rubinstein's wrong expression suggested to people do not come to Epuji and the surrounding area without giving you the information you need. These questions affect you because you don't have to create psychosis, but you have to work on prevention, ”he said. On Tuesday, officials will meet in Puerto Madryn, as Rubinstein is part of a delegation coming with President Mauricio Macri.

In an interview with Radio Mitter, Rubinstein described the situation in Epujeni as "extremely serious" and explained that "we talked about very high mortality– more than 30%. "He pointed out that the public authorities are working with" shoulder to shoulder "with Chubut and" do their best to control it ".

And while he explained that the outbreak only concerned Epuyén, a tourist town with about 4,000 inhabitants in Cordillera, he warned that "the reality is that there is always such a leak." When asked if he was on vacation, Rubinstein admitted: "If you ask me if I go on vacation and not. It is a city with very strong events.

These were the words that irritated Arcioni, who said they would ask the "National Health Secretary to come here for Epuyén and we will provide him with the necessary information to flip your words"

"Approved Health Team Commitment and Responsibility, Epuyén Town Hall and Neighboring Countries and Local Authorities, and Human Resources Availability," added Arcioni. "We will demand the government exemptions or extensions of national taxes"He developed. At the height of the tourist season, the mountain town was hit hard by the economic impact of the outbreak.

Concerning the precautionary rule on human isolation, Arcioni explained that "the police will provide assistance and support to these families" and expressed condolences to the families of the dead. "I also want to give peace to all our neighbors it will end and we will be Shire, which we all deserve"

Health Minister Adrian Pizzi insisted on isolationmain tool for reducing the virus transmission chain and made it clear that this citizen has a "whole country escort" through various agencies. "In the next 15 days, the scenario will improve. We are talking about biology. I want to be responsible," he said.

Rubinstein also stressed "isolation, biosecurity and biological containment measures in the city" and noted that "there has been a very strong epidemiological study to try to limit the outbreak, which I think is now achievable." The secretary asked extreme ordinary activities in the cordiller arealeave a lot of ventilation time between them in closed areas, drop down on long medicines and drinking drinking water.

In this respect, the extraordinary committee meeting with the governor was Epuyén, El Hoyo, Lago Puelo, Cholila, El Maitén, Trevelin and Esquel. This was confirmed by Raivo Ibarra, the municipal manager of Lago Puelo The State Forest Festival was postponed. "In any case, we have an important date that is the city's birthday on April 2, and it could be a big event," he said.

In addition to the Fiesta del Bosque region, four more popular events were halted due to a hantavirus outbreak, but the provincial government denies that "a decision or decree has been issued suspending its orbit throughout the territory and refusing to attempt to officialize false information". He referred to possible resolution distributed over networks and that it indicated that the province was going to stop all group activities in closed premises. The authorities indicated that they would initiate criminal proceedings to condemn who created this malicious information.