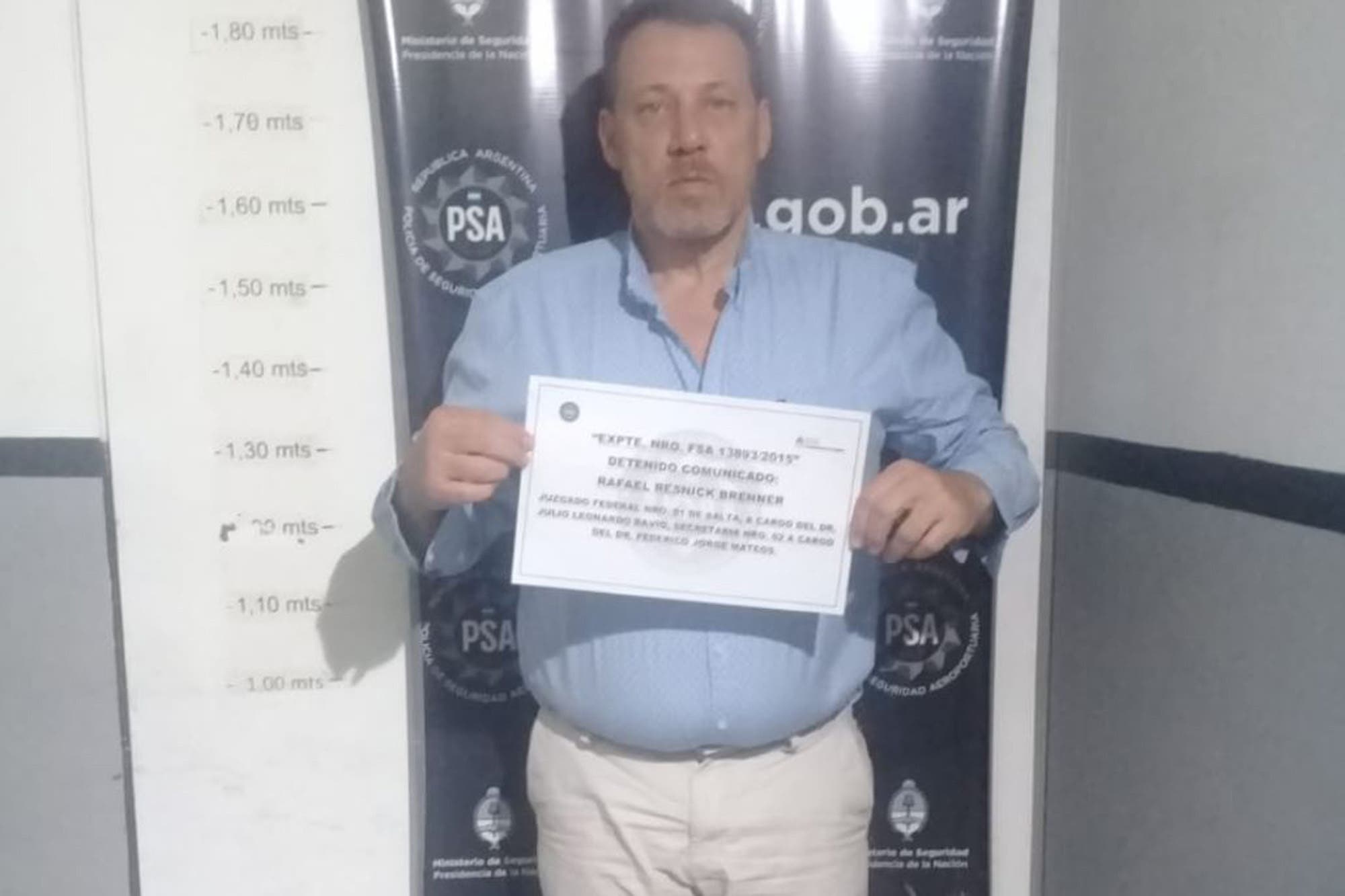 
Cyclone thing
one of the closest collaborators

Salta's federal judge, Julio Leonardo Bavio, ordered the arrest of Echegaray's former collaborator, Rafael Resnik Brenner, for his alleged involvement in a gang devoted to crowding out taxpayers and collecting offenses in exchange for tax filing. After 21 years, a man was arrested.

Bavio felt that Resnick Brenner was trying to escape from Argentina or delay the investigation, given his previous beliefs that could be effective if he had been guilty of this other investigation that began at the end of 2015 after the change of leadership and Echegaray's departure from AFIP .

Thus, the judge supported the position of the federal prosecutor Eduardo José Villalba, who asked for an investigation and immediate arrest, as well as Nicolas Fili, a former former AFPP official in Salt, and a member of this criminal network.

The prosecutor believed that, although he was the director of the AFIP Salta region, Resnick Brenner and Fili "favored the various taxpayers in favor of significant amounts of money by favoring decisions" and proposed further investigations into the "responsibility of other AFIP officials".

When Villalba reconstructed, the alleged "modality" of Resnick Brenner and Fili was to create a compromised situation that might have been a real taxpayer, and then presented himself and offered a favorable resolution outside of the law. "

The prosecutor believes that the former Echegaray advisor who moved to Salto after the Ciccone Case scandal offered various "solutions" to taxpayers who saw it in exchange for money. that "they stopped auditing or dictating the resolution in favor, and provided confidential information through a state-provided mechanism to investigate tax crimes and / or trafficking in human beings."

Why As a public prosecutor was reconstructed because, with the criminal investigation already underway, Fili "did not comply with an order prohibiting access to witnesses [.], pouring them with riots and trying to force them to do something against their will. "

In this regard, Judge Bavio agreed with the prosecutor's criterion. "The action of the Filla has already shown that there are serious indicators trying to change or influence the evidence that could facilitate the investigation, as was the case when they contacted the witnesses and tried to force them to be compelled, despite the fact that this court had already ruled on restrictive measures ".

In the case of Resnick Brenner, his previous judgment in the Ciccone Case was directed against him. "In the event of an infringement in the present proceedings," the bailiff clarified, "in the light of the foregoing, it would be an effective match," so he ordered him to be arrested.

In August last year, the oral court of the Federal Court No. 4 sentenced Resnick Brenner to three years' imprisonment and permanent disqualification from the public post when he considered it necessary to negotiate a crime incompatible with his position AFIP and ordered him to meet a 40-hour community-commissioned task that was not paid , for three years.

Thus, Resnick Brenner became one of the three convicted in the Ciccone case, who remained in the hands of Alejandro Vandenbrohel and Guido Forcier, while the Court imposed effective imprisonment on former Vice President Amado Boudou and his commercial partner, José María Núñez Carmona.

Resnick Brenner's arrest warrant began to be executed immediately. The judge ordered the Airport Security Police to find him and stop him at a rural club in Pyarri, Buenos Aires Province, and immediately transfer him to Salto.