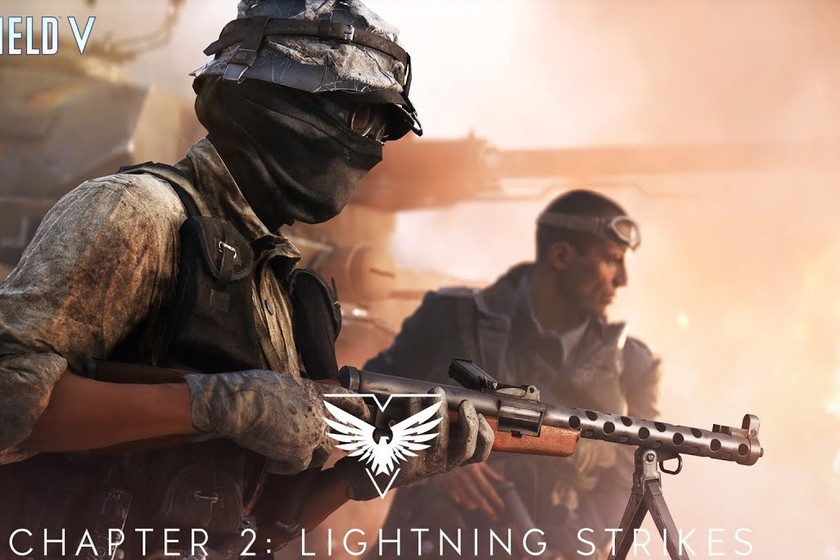 It may not be a long-promised battle Royale mode, but EA and DICE continue to push the Battlefield V experience to improve its history and content. And while it's a free DLC available to all players, will be loaded with news.

Starting this expansion will arrive this week adds a new collaboration mode, a new business team, more weapons and vehicles and a return to attack mode. And from February we will be able to fight World War II DICE with combined weapons.

And nothing more than a new trailer to congratulate all of the above and, incidentally, present it Chapter 2: War of Lightning.

It's one Chapter 2: The Lightning War it takes rewards and new actions so that, in addition to the attack mode, we can extend our single-player proposal with a new Grand Start action and a promise of new experience as the Division continues.

On the Patrol Conquest side it is 16 players confrontation divided by eight commands that occur Arras, Hamada and Rotterdam.

Basically, these are relatively small scenarios, with exaggeration limited to headquarters and limited access to vehicles. The aim? Increase game intensity and make them more tactical.

It should be accompanied by weapons that will be available as a reward for the January and February weekly challenges, three of which are revealed:

Although there is content to arrive, War of Lightning is the second of the large programmed extensions to follow Fire test from March.

Of course, the actual statement of the next update will be Fire Storm, the long-known Battle Royale battlefield style.

Currently, the new content and reward party will arrive at Battlefield V January 17th, with a nuance: The Conquest mode will only be available from 17 to 30 January. It's time to come back.