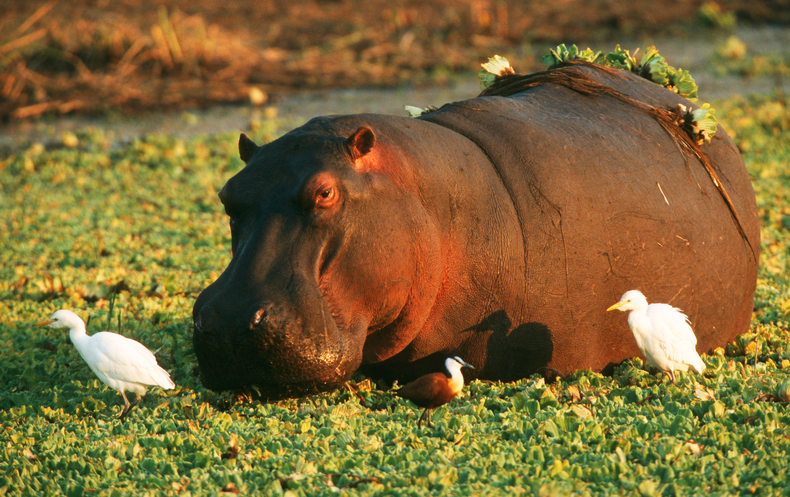 South Africa is losing its battle against biological invaders, according to the Government's first attempt to comprehensively assess the state of the country's alien species.

Invasive people, including wildlife soup, North American bare-dusts, and attractive trees in the oceans produced around 6.5 billion randoms a year ($ 450 million) and are responsible for about a quarter of its biodiversity loss. This is the conclusion of the innovative report that the South African National Biodiversity Institute was released in Pretoria on 2 November.

The invasive species also spoil a significant amount of South African water, a serious problem in a country suffering from prolonged and catastrophic droughts, which, as climate change suggests, will worsen.

The report prepared by the Institute in response to the 2014 regulations mandating a review of invasive species every ten years explores the ways in which these species enter the country and the effectiveness of intervention. It also weighs the toll they bear on public finances and biodiversity.

This achievement is "remarkable progress" compared to most of the efforts of other countries, says Piero Genovesi, who leads the Group of Invasive Species of Conservation Union in Rome. He claims that other reports are about the impact of biological invasions or measures to address the problem, but not all aspects of the invasion have been taken into account.

Helen Roy, ecologist at Ecology and Hydrology Center at Oxford, UK, says she, in her knowledge, is the first comprehensive synthesis of invasive species in any country. The report provides an "incredible basis" for predictive approaches to invasive species that could be used to inform prevention strategies in South Africa, she says.

Worldwide, invasive alien species – organisms introduced into ecosystems beyond their natural habitats and spreading over long distances – are considered to be a serious threat to biodiversity, human health and the economy. Climate change is expected to continue to spread worldwide, partly reducing the sustainability of local ecosystems. In 2015, 37 researchers from 14 national organizations, led by the National Institute for Biological Diversity and the University of Stellenbosch Invasion Biology Excellence Center, began developing a South African report. Researchers gathered data from agencies and institutions across the country to identify different aspects of biological invasion.

They report that 7 new species are introduced each year in South Africa, and to date about 775 invasive species have been detected. This is in contradiction with the 556 invasive taxa listed in the government's 2014 invasive species regulations. Most of the species identified by the latest report are plants, and the next most commonly occurring insects. (For comparison, the United Kingdom reports that there are 184 non-invasive invasive species). The authors of the report believe that 107 of these invaders can have a significant impact on the country's biodiversity or human well-being.

Notes invaders are trees Prosopis a genus such as honey mesquite (P. glandulosa), which was introduced throughout Africa for animal feed. Bush causes damage to animal pastures, removes local herbs and, according to the 2017 Mali study, seems to contribute to the fact that malaria Anopheles mosquito, among other things.

Other invasive species include Sirex oste (Sirex noctilio), which was first detected in the country in 1962 and which seriously threatens the forestry sector of South Africa's 16 billion; on Linepithema hum, which comes from Argentina and destroys seed dispersal in indigenous plants; North American Baby's Foot Bass (Micropterus dolomieu), which distorts the local fish species; and water hyacinths (Eichhornia crassipes) originally from South America, which clogs national dams and waterways.

The report also includes invasive species responsible for a quarter of the country's decline in biodiversity. Researchers also conclude that invasive species in South Africa are affected by water supplies.

This year, Cape Town almost became the first major city in the world to step out of the water. (It was saved at the last minute with tight water restrictions). In May, researchers claimed that alien plants that often use more water than locals consumed more than 100 million liters of water a day – about one-fifth of the city's daily use. They warned that the loss of water due to invasive species could increase up to 2050, as trees spread, including black bruises and rock pines. The latest report estimates that invasive trees and shrubs, if uncontrolled, could endanger up to one-third of water supply cities such as Cape Town and consume up to 5% of the average annual rainfall in the country.

Despite the adoption of the 2014 regulations and spending at least 1.5 billion rivers a year, the country is not staying in order to curb invasive species, the report said. "The most associated with the discovery was how ineffective we are," says Brian van Wilgen, a co-author at the Stellenbosch University, who is co-authored.

However, the authors also note that their confidence in almost all of their estimates is low, because poor monitoring and evaluation data is a problem that can be mitigated by further research on impact and monitoring methods in future reports.

This article is reproduced with permission and was first published on November 2, 2018.